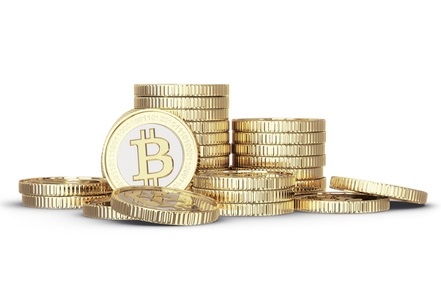 Here at CoinReport, we like to breakdown the week’s bitcoin news and headlines for our readers. This week’s digest, ending April 19th 2014, has been far more positive than recent weeks for bitcoin. It seems bitcoin is now  rebounding from the setbacks and regulatory uncertainty that have been creating such a vortex of negative press of late.

No Bitcoin Ban for China

The good news began with the Chinese decision not to ban bitcoin, which was formally confirmed by PBOC Governor to a sigh of relief from the bitcoin community at large. This put weeks of speculation that China was going to restrict bitcoin usage from Apr 15 2014 to rest. An event-less Apr 15 came and went and the validity of the rumoured notices received by several exchanges regarding the ban disintegrated to nothing. The public reacted and the price of bitcoin returned to over $500 on bitstamp for the first time in weeks.

In more positive news regarding bitcoin regulation, Strevus announced their efforts to support bitcoin compliance. Concerns about how users and businesses alike could tackle the many and varied regulations surrounding digital currencies in the US were addressed. Strevus is set to provide the solution to a number of crucial issues for bitcoin with the support of their regulatory compliance based systems.

”By providing enterprise-quality regulatory coverage, scalability and security, Strevus enables organizations that currently trade or plan to trade in Bitcoin to maintain full compliance with existing KYC, AML, and Patriot Act requirements. Strevus also allows institutions to support additional regulations such as tax compliance, which will likely be enforced by regulators in the future. Built as a flexible and extensible platform, Strevus can easily integrate to existing exchanges and institutions.”

Support like this could not come soon enough for bitcoin and is another positive step in the right direction towards its adoption.

Ron Paul Believes Bitcoin Should Not be Taxed

High profile Congressman Ron Paul expressed his thoughts on bitcoin this week and although he is not a big supporter as such, gave a fair assessment on the digital currency nonetheless. Known for his condemnation of the way the current monetary system is being abused by government, Paul believes bitcoin may be an introduction to US dollar competition.  However, he does not feel bitcoin is money. More importantly, he doesn’t believe it should be taxed, though paying taxes is not something disputed by bitcoin users.

Overall Paul is of the opinion that the currency used by the people is not the issue, but rather the freedom to choose for oneself. His main aim it to challenge corruption and help the middle classes. This doesn’t necessarily require bitcoin,  but bitcoin does provide the means.

Who doesn’t love a good documentary? Sitting back and soaking up new information with little effort is my way favourite of learning. Bitcoin documentary “The Rise and Rise of Bitcoin” is set to premier next week at the Tribeca Film festival.  The documentary will give viewers a through the keyhole experience of bitcoin, as told by key  individuals involved in various aspects of the cryptocurrency.  Hopefully this will encourage more new faces to look into bitcoin for themselves. Not only is “The Rise and Rise of Bitcoin” set to premier next week, but a second documentary aired this week on CNBC.  “The Bitcoin Uprising” was the first unbiased bitcoin documentary aired on CNBC. The additional positive media coverage is well overdue and extremely valuable for bitcoin.

Blockchain to Take Command of Bitcoin.com

Blockchain have snagged themselves a sweet deal managing Bitcoin.com for the next 5 years. The exciting move will allow Blockchain to increase bitcoin awareness even further.  The team aims to create new learning skills,  introducing and educating more new users to Bitcoin.

“Finally, Blockchain.info understands that it’s important to drive this education today so that tomorrow the whole community can benefit from the next generation of world class Bitcoin infrastructure and applications.”

This is another great positive step towards increasing bitcoin awareness.

Has Satoshi Nakamoto‘s alias been found? Nick Szabo is among eleven other individuals who have been studied by researchers at Aston University’s Centre for Forensic Linguistics. The team studies the linguistic similarities between these writing styles of each individual and the original bitcoin white paper. Dr. Grieve, who was leading the study concluded:

“The number of linguistic similarities between Szabo’s writing and the Bitcoin paper is uncanny, none of the other possible authors were anywhere near as good of a match. We are pretty confident that out of the primary suspects Nick Szabo is the main author of the paper, though we can’t rule out the possibility that others contributed.”

Not All Good News

MtGox finally filed for liquidation, putting a question mark over hopes of the exchange recovering. The company had previously filed an application for commencement of civil rehabilitation. The application was dismissed prior to filing for liquidation.  However all may not be lost as a group of investors are looking to prevent the liquidation of all MtGox assets by buying the defunct exchange. The group made a plea to potential investors, saying

“We need your help to stop a liquidation, which would be good neither for Mt. Gox creditors nor Bitcoin’s reputation with the general public and regulators.”

Some Localbitcoins users reported bitcoins had been stolen from their wallets this week. Reddit user don4of4 posted a warning to fellow bitcoin users following the disappearance of 5 bitcoins from his wallet, despite having a 15 character random password and GAuth enabled.  Localbitcoins addressed the issue saying there was

“One systematic and recent attack against LocalBitcoins users, and right now it seems that the amount of users attacked have been under 30, and amount of bitcoins reported has been less than that.

There appears to have been a pattern, in that all victims were logged in at the time of the unauthoised transactions with 2-step authentication off. LocalBitcoins elaborated that the attackers may have

“stolen user credentials through phishing or malware. So far nothing indicates that this have been a security flaw on the website itself, but we are going to continue investigating the case.”

Additional investigations carried out clarified that this was not a potential inside job, a click-jacking attack or XSS attack.

“This cannot be clickjacking or XSS attack, because the user must always give their password or two-factor code to operate the LocalBitcoins bitcoin wallet. An automated attack possessing only the user session id is not possible.”

Employees of the Cyprus based bitcoin vendor  Neo & Bee broke their silence this week, to address the mistruths being told by former CEO Danny Brewster. Various reasons for the loss of the company’s bitcoins have been provided by Brewster in the past, including the loss of 2,480 in the MtGox collapse. The Neo & Bee employees confirmed thee claims were false, that Brewster retained sole control of all bitcoins and afforded higher management no transparency when it came to the company funds. Of the loss of customer and employee bitcoins they said

“This was the doing of one person in full control of a business’ funds, not technology and certainly not Bitcoin’s.”

Andreas Antonopoulos took to his blog to address the issue. He had previously held a minor role as a technical adviser to Neo & Bee, but with no major insight into finances, marketing, investor meetings, oversight and no contact with customers, investors or regulators. Of the collapse of the company at the hand of Brewster he said he had the

“privilege of working with many talented, committed, honest and dedicated people, all of whom were betrayed by Danny; these people have found themselves without a job and with damaged reputations through no fault of their own.”

For more bitcoin news, subscribe and stay tuned to CoinReport.