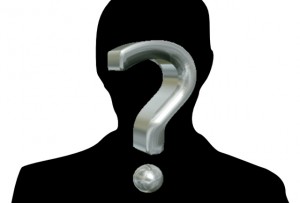 According to students and researchers at Aston University’s Centre for Forensic Linguistics, the main author of the Bitcoin paper is most likely Nick Szabo. This man was a former law professor at George Washington University, and is a avid blogger. The claim means that Nick Szabo is possibly the creator of Bitcoin and it challenges Newsweek’s claim that Bitcoin’s founder is Dorian Satoshi Nakamoto. Dorian Nakamoto himself, however, denied any association with Bitcoin.

“The number of linguistic similarities between Szabo’s writing and the Bitcoin paper is uncanny, none of the other possible authors were anywhere near as good of a match. We are pretty confident that out of the primary suspects Nick Szabo is the main author of the paper, though we can’t rule out the possibility that others contributed.”

Dr. Grieve explains that the conducted study added more evidence that Nick Szabo wrote the original Bitcoin paper. He says that Szabo is an expert in a variety of fields that are needed for Bitcoin: law, cryptography, computer science, and finance. In fact, Nick Szabo created Bitcoin’s predecessor “bit gold” in 2008 and was looking for collaborators.

Dr. Grieve says that his team isn’t sure that Nick Szabo created Bitcoin, but they do believe that he wrote the original bitcoin white paper. The results of the study showed that out of the eleven individuals, Szabo’s writing style was the closest match to the original Bitcoin paper.

Not The First Time for Nick Szabo

This study was not the first in which Nick Szabo was deemed as the writer of the original Bitcoin paper, hence being Satoshi Nakamoto. In fact, last year, researcher Skye Grey studied Szabo’s writing style and came to the conclusion that Szabo is probably Satoshi Nakamoto. Skye Grey writes,

“In summary, it seems to me highly likely that Satoshi is Nick (and collaborators).”

However, regardless of who Satoshi Nakamoto is, it is very much clear that he does not wish to be known.