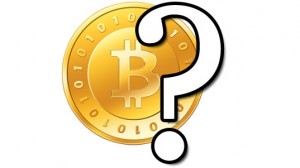 When Newsweek’s Leah Goodman claimed to have found the creator of Bitcoin, Satoshi Nakamoto, the Bitcoin community was left with more questions than answers. How could Satoshi use his real name for Bitcoin instead of pseudonym? Why would Satoshi be living in such a humble abode? Some things just didn’t add up.

Dorian Prentice Satoshi Nakamoto, according to the AP report, denied any association with Bitcoin. After Newsweek had published the story on “The Face Behind Bitcoin” reporters went into a frenzy trying to contact Nakamoto. In fact, Nakamoto says that his house was bombarded with reporters trying to talk to him. In response Nakamoto agreed to speak to an AP reporter in exchange for a “free lunch.” Definitely not what you’d expect someone worth allegedly $400 million to do.

Nakamoto agreed with most of the assertions made by the Newsweek article, but vehemently denied any involvement with Bitcoin. He said,

“I got nothing to do with it.”

He also mentions that the portion of the Newsweek article in which Goodman reported Nakamoto saying about Bitcoin, “I am no longer involved in that and I cannot discuss it” was misconstrued. According to AP, Nakamoto came to the U.S when he was ten years old, and as a result his English isn’t flawless. When he was asked weather he said that quote to Leah Goodman, Nakamoto responded in the negative. In fact Nakamoto had meant something entirely different. Speaking about the quote, Nakamoto clarifies,

“I’m saying I’m no longer in engineering. That’s it. And even if I was, when we get hired, you have to sign this document, contract saying you will not reveal anything we divulge during and after employment. So that’s what I implied.”

“It sounded like I was involved before with Bitcoin and looked like I’m not involved now. That’s not what I meant. I want to clarify that.”

Regardless of what Nakamoto has said, according to AP, Leah Goodman stands by her Newsweek article and her exchange with Nakamoto. She believes that there was no confusion in their conversation, and of “his acknowledgment of his involvement in Bitcoin.”

Stick to Coinreport for more updates on this exciting development.