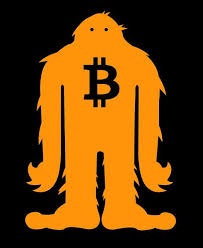 Bitcoin Bigfoot, founded in late 2013 by Curtis Fenimore and Jake Tital, is already making waves within the community as the go-to place for free bitcoin promotional material.  Bitcoin Bigfoot was established to provide bitcoin activists with free professionally designed bitcoin propaganda,  paraphernalia and  promotional tools. Tired of scribbling useful information on napkins when selling bitcoins, Fenimore decided it was high time a brochure highlighting this information existed. Thus, in line with the saying “see a need , fill a need”, Fenimore’s big hairy brainchild, Bitcoinbigfoot.com, was born. I spoke to Curtis to find out how his big hairy baby was getting on!

Of the name Bitcoin Bigfoot itself, Curtis explained it should be taken to evoke a picture of “wide coverage and a large footprint”, mirroring the mission this team has to reach as many people as possible.

Who needs Plan A, when they have Plan ฿?

The two-man team at Bitcoin bigfoot developed the Plan ฿ brochure. It’s stylish and  informative yet informal and easy to read, and that’s just the mock up. This isn’t a one stop shop for all you need to know about bitcoin. The Plan ฿ brochure is designed with bitcoin enthusiasts in mind, the ones who are already actively talking to others about bitcoin. The brochures step in at the point of discussion where the bit-curious folk, teetering on the edge of their decision, start hitting the enthusiast with a barrage of questions. Or as Curtis more eloquently put it:

“There comes a point in the discussion where the other party is nearly ‘sold’ and they start asking about the particulars, such as where to get a wallet, where to get bitcoin, etc. That’s when its time to pull out the brochure and run down the options.”

Those who walk away with a brochure answering their questions will not be able to simply pass the brochure on to another person who is a bit-curious. You need to learn your stuff to explain the brochure and realistically that is a necessity for everyone, if bitcoin is to succeed.

Bitcoin Bigfoot plan to distribute an initial sum of 100,000 brochures, all 100% free, to activists across the United States and Canada. From 01 April 2014, these will be posted to those who have signed up to receive a Plan ฿ brochures on their website. After that, the plan is  to distribute another 400,000 brochures across North America. The second batch is due to be distributed towards the end of 2014, before these guys take over the world in 2015! That may be a slight exaggeration, but Curtis did confirm,

“The US effort is the pilot project, so next I’ll focus wherever support is strongest.”

Read it again “wherever support is strongest.” I believe the Netherlands are current favourites for the first European pilot but I would not be surprised if this little quote serves as a battle cry for the dozen or so European countries vying for Bitcoin Bigfoot’s attention. Only time will tell.

One of the biggest and most wonderful aspects of being involved in the bitcoin community is the support the businesses of the community appear to have for one another. The support and respect of these businesses extend from the biggest to the smallest of companies and the sense of camaraderie, throughout the entire spectrum, is clearly visible. Let’s talk Bitcoin, LocalBitcoins, CoinMKT and many other big names in bitcoin have joined the ranks and sponsored Bitcoin Bigfoot recently. I asked Curtis how it felt to have the support of so many of these respected  companies. He said:

“It’s terrific. Its a validation of what we’re trying to accomplish, and it feels great to have so many terrific individuals and organizations give us their support.”

What’s down the road?

The future is packed with possibilities for Bitcoin Bigfoot. I had heard about plans to send starter packages for new bitcoin meetup groups, so I asked Curtis to elaborate a little for me.  I had wondered aloud if this would work in a similar way to requesting a Plan ฿ brochure. However, Curtis  and Jake plan to do one better! He explained the idea would be to monitor bitocin.meetup.com and when a new group is created to reach out to the organizer.

“I like the model of getting sponsors to support these types of efforts. Generally new meetup groups are small and do not have a lot of resources, so it’d be nice to be able to just give them the starter packs. Be sort of like the bitcoin meetup welcome wagon.”

Extending the welcome wagon to bitcoin meetup groups is not all that Bitcoin Bigfoot have planned.

One of the most interesting future plans Curtis shared with me is something I consider a bit of  a genius idea! Paper wallet for waiting staff. Basically Bitcoin Bigfoot would distribute paper wallets aimed at waiting staff, explaining how to redeem the bitcoin, and the benefits of it. The customer leaving a tip would load the paper wallet with a tip using their phone and leave it behind. The reason this works is that generally waiting staff don’t have the time or ability to whip out their mobile phones to receive a bitcoin tip, as would occur in a regular face to face bitcoin transaction. Being able to leave something behind is far more useful in this case. Curtis added:

“It would be a lot smaller than the brochure, so it wouldn’t be able to go in depth on any of the specifics of bitcoin. But its just another way to get the bitcoin name out there, and spread the meme. I really think the quickest way to get people to pay attention and investigate bitcoin is to give them some.”

Bitcoin Bigfoot is still in it’s infancy. But with so much support from the bitcoin community and the novel and inventive ideas they are bringing to life, the only way is up for this little team. Bitcoin Bigfoot will surely stand as a giant among the bitcoin activists of the world.

Before bidding adieu Curtis had some parting words of encouragement for all us activists out there:

“You already trust in bitcoin, trust in yourselves. We are what will change this world. Go forth confidently and share with the world this amazing innovation. Bitcoin Bigfoot has your back”

There’s not really much more I can add to that!

If you would like to order free Plan ฿ brochure for your area, head over to BitcoinBigfoot.com.

This has been an interview with Curtis Fenimore, CEO of Bitcoin Bigfoot. 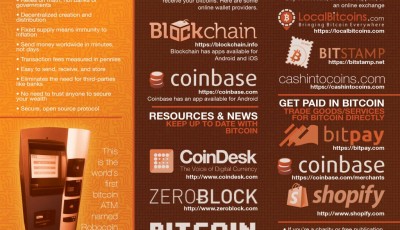