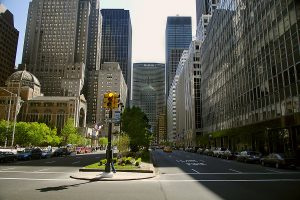 Open financial protocol Neutral, which is developing a suite of financial products on-chain, announced in a press release CoinReport received from Wachsman, Neutral’s communications firm, the launch of its first product, a stablecoin called Neutral Dollar (NUSD). NUSD is initially comprised of PAX, USDC, DAI and TUSD, with its constituent basket going to grow to have more stablecoins.

The stablecoin’s value is supported by a financial mechanism that rebalances the basket’s composition in response to price fluctuations and allows for on-chain swaps between stablecoins within the basket. Consequently, NUSD solves the issue of fragmented liquidity in the stablecoin market and provides complete transparency of its assets with real-time audits. Neutral says that its rigorous testing has reliably demonstrated that NUSD is less volatile than any other stablecoin on the market and minimizes investor risk.

The news release said NUSD’s basket composition is formulated to be complementary to stablecoin markets’ maturation, growing and adding new constituents to provide better price stability, diversification and scale relative to any individual stablecoin. NUSD is intended to be a solution for end-users by being a more diversified, stable instrument and a channel for institutions to smooth liquidity among stablecoins within.

Neutral was founded with the goal of launching a suite of decentralized financial instruments (DeFi) in the digital currency space. Sequoia Capital China, the venture capital firm supporting important figures in the financial technology industry the world over like Stripe, Bitmain and Ant Financial (Alibaba), led Neutral’s recent Series A funding round.

Netural chief technology officer & NUSD architect Matthew Branton stated, “Contrary to their name, most stablecoins experience significant volatility. Neutral Dollar provides end users with increased stability and, for service providers, acts as a frictionless liquidity channel between different stablecoins. We want to extend the reach of stablecoins as far and wide as possible, presenting a financial instrument that is accessible, reliable, and truly representative of the stablecoin market.”

He added, “In order for the digital asset space to reach its full potential, the industry needs reliable financial instruments that take us beyond the limitations of fiat currencies, while also upholding the highest standards in stability and transparency. Today, we set the ball in motion towards building on the previous generations of asset-backed, crypto-backed, and algorithmic. Our aim is for Neutral Dollar to be the stablecoin of choice for investors of every grade, and the exemplary stablecoin for the wider market.”