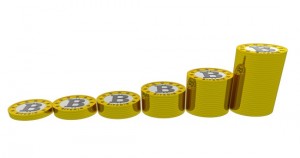 SecondMarket, a trading market place, has started to inform investors that it has now made its services open for institutional traders.

Earlier, the company had affirmed that it would be starting a bitcoin exchange in the United States by summer. While this project is still ongoing, it is separate from the SecondMarket brand said Barry Silbert, founder and CEO of the company. He said,

“This is not the digital exchange effort, which will be launched separate from SecondMarket under a different name.”

SecondMarket, founded in 2004, is focusing specifically on investors who are interested in trading a minimum of 25 bitcoins per trade for its market services. The company is a registered broker-dealer that has proficiency and expertise in offering investors alternative investments and exceptional asset classes.

Currently, one bitcoin is valued around $530. Twenty five bitcoins are worth around $13,000. SecondMarket is directing its new efforts at investors who desire to move large amounts of bitcoin. This option is made available by very few companies in the bitcoin exchange market.

Announcing that it would enter the bitcoin exchange business earlier this year, SecondMarket is making big headways. This new initiative is also a turning point for the company to attract interested investors through its website.

Speaking with CoinDesk, Silbert recently revealed to them that 15% of institutional investors were already bitcoin devotees.

Customers who are hopeful of entering into the SecondMarket domain, have to first complete a compliance application and then speak with one of the representatives of the exchange before trading, it stated on the company’s website.

Bitcoin Investment Trust is another service that is offered by SecondMarket. According to Silbert, the Trust already contains 100,000 bitcoins. At first, the purpose of the Trust was to cater to investors very much involved in the bitcoin phenomenon. A few weeks ago, the company announced that its services will be open to all types of investors.

This new initiative by SecondMarket is a great way of bringing ease of access to bitcoin devotees and those interested in further expanding their investments.

BitX raises $4 million in Series A round