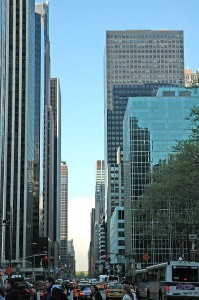 The investment from the money transfer company is a way for it to “keep our eye on innovation,” said Western Union’s CTO, David Thompson, to the Wall Street Journal. The company, which has run a pilot program with Ripple, is exploring other prospective uses of blockchain technology and considering means of investing, in addition to integrating it into its own services, said the newspaper.

The amount of the investors’ injection into DCG was not disclosed. In an earlier investment round, the company raised funds from prominent firms including MasterCard, New York Life, Bain Capital and Transamerica.

The Wall Street Journal reported that the firm’s actions, which include an expanded board and new advisers, aim to strengthen DCG as it moves its focus from bitcoin to the blockchain, the technology underpinning the digital currency.

Now joining DCG founder Barry Silbert on the board of directors is Glenn Hutchins, a co-founder of private equity firm Silver Lake who is also a director of both AT&T and Nasdaq, as well as director of the Federal Reserve Bank of New York. The other new board member is long-time adviser Lawrence Lenihan, founder of FirstMark Capital, which has backed some prominent commerce companies, and co-founder and co-CEO of Resonance, a venture operating company that specializes in the fashion industry. 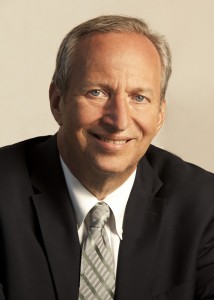 Speaking with the Wall Street Journal, Summers said he’s been interested in bitcoin since 2014 and that he felt DCG’s broad focus fell in line with his own views: instead of being a haven for gold enthusiasts and libertarians, bitcoin will continue to grow into a technology that will ameliorate financial infrastructure.

“I am someone who believes in the capacity of technology to take out friction,” said Summers to the newspaper. The prospect of the technology is to develop an established platform with which people can engage in exchange directly. “That’s the high purpose of finance, to facilitate exchange rather than speculate.”

Speaking with Forbes about the new developments at DCG, Silbert said the company’s mission “is to accelerate the development of a better financial system.”

He added, “When I set out to raise money last year, the focus was to bring on board strategic investors that would bring engagement and interest, intellectual curiosity, and some strategic value to the table. So for us, this was really more about the investors than the capital.”

Noting that DCG is profitable, Silbert told Forbes that these partners will help the company make both new and additional investments in the more than 70 companies comprising its portfolio. In turn, DCG can help investors like Western Union maneuver through the digital currency and blockchain sphere.

Sanjay Saraf, Western Union’s CTO of digital operations, told Forbes that the firm’s interest lies in determining the best technology for global funds transfer. “Blockchain,” he noted, “definitely offers a very good potential for us in terms of how to make the entire cross-border movement of funds in a much more efficient manner.”

DCG’s strategic partnership with Western Union is a “no-brainer,” said Silbert to the magazine. “They have a global footprint and they understand the friction and the pain points around moving money around the world. Being able to work with us and our companies to create some efficiencies using digital currency and blockchain is a fantastic opportunity for us.”