At CoinReport, our goal is to make news easily accessible and easy to understand. This weekly digest, ending on April 27, 2014, started off on a positive note for Bitcoin, but ended up on a negative one. From the recent PBOC’s backlash, Bitcoin is under the bus, once again. 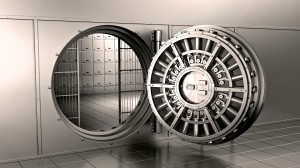 The week started off great with the Canadian virtual currency exchange, Vault of Satoshi, launching a fully public proof of solvency program. With this, users will be able to validate the exchange’s overall balance and also their own balances. This is a great step to ensure confidence in Vault of Satoshi, and allows users to trade with surety. No one wants another MtGox happening, and being able to validate account balances will help to set the record straight.

Another good start to the week was by MEVU, the world’s first wearable Bitcoin wallet technology. MEVU allows users to make payments in Bitcoin by just the flick of a wrist. The bracelet is powered by Coinbase’s wallet API system. 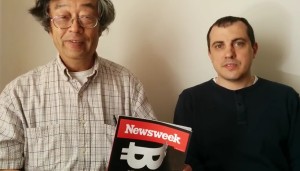 After receiving over 49 bitcoins from a donation fund started by Andreas Antonopoulos, Dorian Nakamoto took to YouTube to thank the Bitcoin community. Nakamoto said,

Dorian Nakamoto also said that he will become a Bitcoin user and is hoping to give back to the community.

On the other side of the world, Bitcoin experts met in Russia’s first Bitcoin conference in Moscow. The Bitcoin experts expressed confidence in Bitcoin’s future. At this point, the digital currency isn’t too liked by the government officials there, however, having a conference, such as this, is the first step into gaining momentum for leeway. 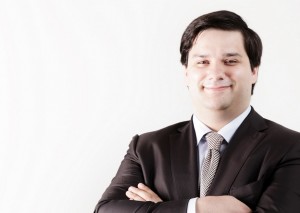 In a recent announcement, MtGox has been given the ‘go ahead’ to start bankruptcy proceedings. An attorney by the name of Nobuaki Kobayashi has been assigned as the bankruptcy trustee. This signifies that all the assets that belong to MtGox are under his power to do as he sees fit. The trustee will be investigating claims against MtGox and will also look at the company’s assets for liquidation.

In order to get anything from the liquidation, creditors must file proofs of claims which will be later posted on the MtGox website.

In another news, Bitcoin ATM manufacturer, Robocoin, announced that it has shipped 35 ATMs around the world. They are also planning on shipping another 50 machines before summer hits. Not to mention the manufacture will be sharing “something big” on May 1st. Exciting things to come for the future of Bitcoin ATMs. 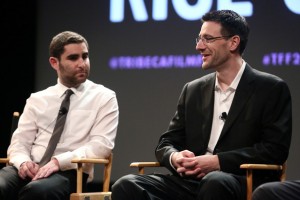 Researchers at NYU’s Dirty Money Project have found an overwhelming amount of bacteria living on dollar bills: 3,000 different bacteria. The most common type of bacteria was found to be one that causes acne. The other bacteria have been linked to staph infections, gastric ulcers, food poisoning, and pneumonia.

An alternative to using dirty dollars is digital currencies where one doesn’t have to worry about touching the “coins” since everything is pretty much virtual. This limits the bacteria that can spread from using paper money.

Speaking of dirty dollars, former CEO of BitInstant, Charlie Shrem feels that there are holes in the money laundering case against him. After posting bail, Shrem has been under house arrest but was allowed to attend his bitcoin documentary premiere of The Rise and Rise of Bitcoin, this week.

Bank of China is at it again. According to a Caixin article, the PBOC has publicly criticized the Chinese payment service and China Merchants Bank for still giving services to BTCChina. The bank reinstated its views on Bitcoin and said that no financial institutions can give services to companies that deal with Bitcoin whether directly or indirectly.

As a result of this announcement, Bitcoin price decreased by around $40 to a low of now $450. But, it should be noted that Caixin has a history of spreading rumors so their article should be taken with a grain of salt.

This week started off great for Bitcoin. New innovative technology was introduced, more open services were started to ensure public confidence, and MtGox started bankruptcy proceedings. However, as the week winded down, the People’s Bank of China slammed harsher rules on Bitcoin, which caused the digital currency’s price to decrease.

However, with past hurdles in mind, Bitcoin is hoped to survive from this one as well.