Chinese investors are driving up bitcoin again, pushing prices up by nearly 16 percent in the past four days, reported The Wall Street Journal.

Citing data from blockchain.info, the newspaper said the four-day surge in bitcoin since Friday has pumped $1.2 billion in market capitalization for all bitcoins in circulation. Prices rose as high as $525.49 per bitcoin, the publication said, albeit the value is still well below the record high of approximately $1,151 in November 2013.

The surge in bitcoin buying over the weekend may be the latest signal for how Chinese investors are transferring funds between asset classes quickly in hopes of high returns, the newspaper said. In the past year, Chinese equities, bond and commodities markets have in turn experienced big jumps in new investing, often followed by a drop in prices with money moving elsewhere.

While expectations that new supply of bitcoin will decrease in June could be a factor in the latest price jump, industry participants say some Chinese-specific elements are at play, said The Wall Street Journal. 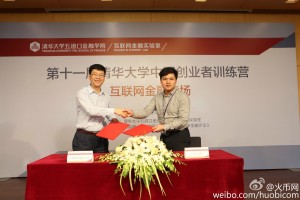 Du Jun, chief marketing officer at Huobi, said instances of scams in P2P financing have driven Chinese investors familiar with the most innovating means of investing to bitcoin specifically.

The newspaper noted the bitcoin network provides a discreet avenue where a Chinese citizen can move money past the country’s stringently-controlled borders.

According to industry tracker Bitcoinity.org, the publication said, the digital currency trades at a 7.2 percent premium when priced in Chinese yuan on mainland bitcoin exchanges compared to peers that price bitcoin in USD.

Zennon Kapron, founder of fintech consultancy Kapronasia, told The Wall Street Journal this premium in Chinese prices has sustained throughout the year, suggesting demand from China has accounted for much of the cryptocurrency’s recent gains.

Investors are concerned about the depreciating value of the yuan and “it seems that China is leading a lot of the movement,” Kapron said to the newspaper. “People are protecting their investments [by converting yuan into bitcoin].”