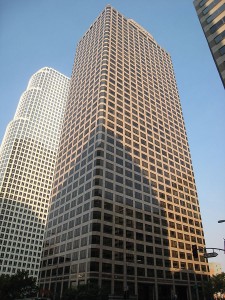 Approximately $16 million AUD worth of bitcoin (or $11.5 million USD) seized as proceeds of crime last year will go on auction in Sydney in June, reported the Australian Financial Review.

Ernst & Young is arranging the bitcoin auction, the first of its kind in Australia and only the second in the world, the publication said. In 2014, the US Marshals Service initiated a series of auctions of bitcoins seized from Ross Ulbricht, who was convicted in early 2015 for operating the online black market bazaar Silk Road.

“Eligibility [for bidding] mostly relies on the ability to transact,” said Adam Nikitins, transaction partner at Ernst & Young, to the Financial Review. “Given the quantum of Bitcoin that are going to the market, we want to make sure that people can complete the transaction.”

In its report on the upcoming auction, the BBC noted that the Australian media had previously reported that 24,500 bitcoins were confiscated by police in the state of Victoria in 2013 following the arrest of a man for dealing illegal drugs online. The broadcaster pointed to March 2015 article in the Sydney Morning Herald, which said Victoria’s Asset Confiscation Operations department “confirmed it had recently taken possession of 24,500 coins and would try to make the most of it.”

The amount of bitcoins up for auction in Sydney is significant, said Dr. Garrick Hileman, economic historian at the Cambridge Centre for Alternative Finance, to the BBC. “It’s about a week’ws worth of new Bitcoin that comes onto the market through mining.”

He said Australian authorities had selected a “safe” time to hold the auction due to some uncertainty about what will happen to bitcoin’s value in July.

“The Bitcoin protocol is designed to reduce the number of new bitcoins miners are given as a reward for processing transaction every four years. The reward will be halved on 14 July, so prices could go up due to the reduced supply of new bitcoins,” Hileman explained to the BBC.

“But there is a question about whether security could decline, if rewards for miners are reduced significantly,” he added. “So it’s a safe time to sell, as there is no guarantee about what might happen in July.”