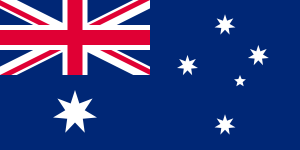 While the news of Craig Wright has taken the world by storm, other recent developments prove that Australia is a world leader among blockchain technology and bitcoin.

The Australian federal government announced plans to reduce taxes on bitcoin to ten percent, according to the Herald Sun. Revealed as part of the 2016 federal budget, the bitcoin tax cut comes as part of a $200,000 government commitment to financial technology. Last year, the Senate Economics References Committee recommended this cut to encourage exploration around digital currencies.

The federal government further demonstrated its dedication to financial technology exploration with its investigation into creating a “regulatory sandbox exemption.” This would encourage development of fin tech products for the Australian market. Business Insider Australia further reported that Data61, the research body of the Commonwealth Scientific and Industrial Research Organisation (CSIRO), will conduct a study and pilot into blockchain technology.

“The benefits of this technology could be profound — extending right across our economy. We are looking to position Australia as a leading global player in this exciting new area,” said Scott Morrison, Treasurer of Australia.