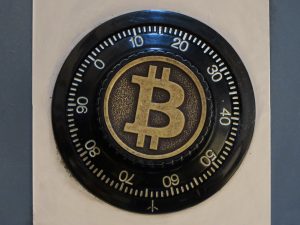 The recent upheaval about China potentially banning bitcoin, or at least bitcoin exchanges, was immediately and simultaneously decried as fake news and a potential disaster. For now, it seems that China is holding back on an outright ban, but has spoken out against ICOs, going as far as issuing some regulatory guidance. Many outside observers see ICOs for what they are, scams punctuated by a few altruistic projects looking for funding. All this hubbub has overshadowed the real existential risk to bitcoin as a store of value with any functional utility: Exchanges.

A hallmark of bitcoin, believers will tell you, is that no one owns bitcoin in its entirety. Decentralization, they claim! No government, no business, no one person can control the decentralized blockchain that powers bitcoin. Well, kind of. The current monopoly on mining enjoyed by a few important actors is clearly not decentralization. In fact, most bitcoins themselves are owned by only a few people, among them being the enigmatic Satoshi. The problem of an open, and often slow ledger, is that moving bitcoins is only pseudo-anonymous and moves at a crawling pace. So how can a bunch of interested folks get together to make money on the currency of tomorrow? Why, unregulated exchanges with no outside audits that provide liquidity by enabling bitcoin transactions not on the blockchain of course!

The ridiculous world of bitcoin exchanges is proof positive of the real purpose most bitcoin believers have for being involved in bitcoin: financial gain. The benefit of bitcoin, as the whitepaper and believers constantly repeat, is that bitcoin owners can be their own bank. That benefit is gone when coins are moved onto an exchange. The exchanges operating today have survived previous scandals not by being superior business models, but by simply not getting caught in a scam. In the case of Bitfinex, they have been caught, and are able to operate today by literally making up their own currency called Tethers pegged to the dollar that has astonishingly been accepted by the same bitcoin crowd that demands “fundamentals” in their money. How do those mental gymnastics work? More on that later. Critically, liquidity for bitcoin and other cryptocurrencies is found not in logistically taxing P2P transactions, as often envisioned by cypherpunks, but by centralized exchanges.

Most exchanges today exist in Asia, serving a crowd of users interested in securing capital outside of places like China and Russia, and the American and European crowd that is chasing idealogical nirvana. This mix of users creates a large pool of bitcoin and other digital currencies, enabling exchange as well as betting. The excitement of bitcoin price increases creates an echo chamber unto itself, with “HODL” becoming nearly ubiquitous in bitcoin crowds. Nevermind that no one would tell you to HODL dollars or euros because the purpose of a currency is to enable exchange, not act as an investment. But the simple fact is that these exchanges are the only areas of substantial liquidity for cryptocurrency. If they disappear, so too will the means to move and exchange large quantities of bitcoin. The logistics of sites like Localbitcoins are good for one off uses, but mass adoption won’t be accomplished if a digital currency requires physical exchange. These exchanges are the centralized means of exchange for bitcoin users, and are the biggest threat to bitcoin utility.

Bitfinex is a special case. Unclear ownership, unclear location, unclear terms of legal service or corporate requirements to users. Located in Hong Kong, running offshore account that may or may not run afoul of Chinese regulation in the future, and run by an opaque group of leaders, this exchange had the audacity to begin issuing a new currency that they claim isn’t a currency even though they are using it as currency. Bitcoin is predicated on the idea that money shouldn’t come from nothing. The much maligned U.S. dollar has no backing aside from a government guarantee, and bitcoin was specifically created to appease a crowd of people who wanted money that couldn’t be inflated away. These people became bitcoin believers. And now they are Tether believers, owning a currency that is literally created at the will of a few select people who can digitally print as much as they want. This is worse than printing dollars, at least the U.S. government has some transparency and checks and balances. Bitfinex answers to no one, and yet the bitcoin crowd continues to lap up Tethers, a made up currency!

If you haven’t had your crazy pills today, please take them now. The world of bitcoin exchanges is closed, unscrupulous, and may explode on any given day. Users are risking their bitcoin net worth every time they store bitcoins on an exchange, with no means of recovery if the owner decides to disappear. While the threat to bitcoin posed by exchanges may not be existential, like the mining monopoly could be, it would be a significant setback for a crowd that has endured many setbacks. The enduring focus on price and profit rather than technical advancement continues to impede genuine progress in achieving mass adoption. Getting rich quick may mean losing long term opportunity to place bitcoin in the top tier of currencies. Exchanges, and Bitfinex specifically, are gambling with users’ money. If only there were some way to create a set of rules that promote stability and transparent business…we could call them regulations!

Featured image is “Bitcoin Safe IMG_2966” by BTC Keychain is licensed under CC BY 2.0