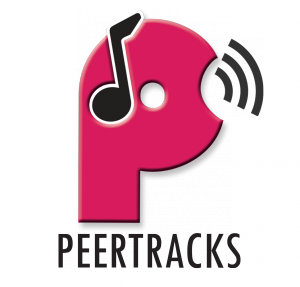 Upcoming music streaming platform PeerTracks announced in an email it sent to CoinReport that its token, muse, has been added by global cryptocurrency exchange OpenLedger to their list of tradable assets.

The platform says that since its final objective is to have the ownerless muse blockchain pay royalties to all contributors in a song directly, the muse blockchain will be decentralized enough to guarantee no single individual, corporation or government organization has total control over it and it is the royalty paying entity (a percent of the muse market cap – the total value of the muse blockchain – is what muse itself will use to pay all royalties).

The muse blockchain launched a little over three weeks ago, with people and organizations all over the world already running the system, beginning the decentralization.

OpenLedger enables newcomers to purchase digital currency muse, providing them with voting power in the system. The potential decentralization of power increases with each new muse holder. With the purchasing pressure, muse’s value also rises, something that, says the company, is very important.

This global market to buy and sell muse also enables the muse entity to have a market cap, which determines how big the royalty payment pool is. The higher the market cap, the more money the musicians receive.

According to PeerTracks, there are three phases to achieve the final objective:

Phase 1 – behind the scene foundation

The first phase, says the company, was to have a financial and technical foundation before approaching the music world. Unlike numerous conventional projects, more than just a code base is needed with this project. “The technological foundation is obviously essential but there is also a very important human element to P2P networks like Muse,” says the email we received from PeerTracks. “Having enough people involved to become global transforms a mere database into a distributed database (a.k.a a blockchain).”

For this phase, the code was released three weeks ago, OpenLedger just enabled getting enough muse holders for a solid financial base and power has begun being distributed the world over.

This phase is about creating the first interface for the music creator. Following the laying of the foundation, muse requires inventory i.e. the metadata of the musicians’ music. For this, The Muse Rights Management Portal, a web interface where anyone can upload and manage their metadata, will come into play. Everybody would retain full rights and control over their data, never any third party(ies). The metadata includes information such as song title, year of release, record label, performing musicians and singers, producer, length of track, etc. There will be a Management and Royalty Split section, which will determine which muse account(s) controls this smart contract/song entry and what’s the percentage split of incoming royalties?

Muse will have a strong foundation and a lot of data in its database by the time this phase will be ready to launch. PeerTracks, the first music streaming application, will thus be released. The app will read the data on the muse blockchain and enable instant payment to all copyright holders. This phase will be the first muse interface for music consumers, who can stream all music shown on PeerTracks and have the muse blockchain pay the royalties directly, instantly and transparently.

OpenLedger, on the other hand, is getting ready to launch its OCASH card, which brings the international card payment system to the OpenLedger network, enabling token holders to buy items anywhere that accepts international payment cards.

“I hope that through our OCASH payment card, we will see the royalty income generated by Muse being spent by musicians using this card,” said OpenLedger CEO Ronny Boesing.