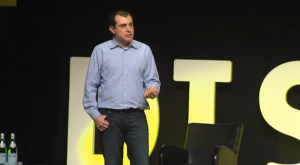 “privilege of working with many talented, committed, honest and dedicated people, all of whom were betrayed by Danny; these people have found themselves without a job and with damaged reputations through no fault of their own.”

Antonopoulos writes that his goal in releasing a statement is simply to be honest, transparent, and give the Bitcoin community some answers. However, he is afraid that he can’t give too many answers since he had limited involvement in Neo & Bee. For this particular case, he was paid by Neo & Bee and claims that his reputation was misused to suit the goals of Danny Brewster.

“In November of 2013, George called me and asked if I would be willing to work with Neo & Bee, as an advisor, as a member of the board or as an executive in the company.”

In response to this, Antonopoulos explained that he had prior commitments. However, he later changed his mind and suggested that he work as a technical adviser for the Neo & Bee Advisory Board. This was for only a limited time. Antonopoulos continues that the following day was the first time he’d spoken with Danny Brewster who had outlined his goals for Neo & Bee through a call. Brewster told Antonopoulos that he wanted to make Cyprus a huge player in the Bitcoin realm. Antonopoulos wrote,

“He told me he wanted to make Cyprus a bitcoin leader, and had support from a variety of Cypriot government agencies, hinting at rapid progress in achieving regulatory ‘legitimacy’ that would allow N&B to operate in Cyprus with the blessing and support of the local banking regulators.”

Antonopoulos explained to Brewster that he could only be a technical adviser to the company. He also said that he couldn’t endorse Neo & Bee with investors or even have a director position “that would involve fiduciary or oversight responsibilities.” Brewster agreed to these terms and for three months Antonopoulos started his training period in which he was to get to know the company. They all agreed on a monthly fee in advance for up to five hours of consulting even if Neo & Bee did not use the time.

Antonopoulos writes that this is where his first mistake lies. During that time, he wasn’t well known in the Bitcoin sphere and only had a small growing reputation. He writes,

“Honestly I was glad to have some paid work after two years of working in bitcoin without any income. That’s when I made the first mistake in this relationship: I agreed to proceed on a verbal agreement, given this minor role, without a formal contract.”

Antonopoulos began his relationship with the company, giving them technical advice. He writes that from the outside he saw no indication of any problems within the company. From the middle of January to early February, Antonopoulos shares that he did not have much contact with the company. He told Brewster that if the company didn’t need help then there wasn’t any point in having him as an adviser. However, soon after, more activity was seen from the company.

Antonopoulos writes that the last communication he had with Danny Brewster was on March 14th when he asked the Bitcoin Foundation for expert assistance. After that, Antonopoulos tried to get in touch with Brewster, but failed to do so. There was a whole mess of issues with the company afterwards that resulted in massive internal problems. In all of this, Brewster was unreachable. Antonopoulos suggested to the Neo & Bee team to go public with the issues on March 30th.

Antonopoulos writes that he was paid three times by Neo & Bee. However, the last time he was paid a week and a half later than he usually was. Antonopoulos wrote that this should have warned him of trouble, but he disregarded it since he assumed that the company was busy. He ensures everyone that he was only a technical adviser for Neo & Bee. As per his blogpost,

“I had no insight into finances, no oversight, no involvement in marketing or investor meetings, no contact with customers, investors or regulators. I was excited by their ambitious plans but I did not endorse them or do any publicity work for Neo & Bee.”

Antonopoulos writes that the Neo & Bee employees are victims in the company’s failure.  He also says that the employees at Neo & Bee who he worked with were “professional, committed, talented and passionate about Bitcoin.” This is why Antonopoulos does not blame them, and feels that the bad managing came from Brewster alone.

Antonopoulos explains that as his reputation in the Bitcoin community has grown, he’s tried to make everything apparent. He has also made efforts to not endorse things that might be misconstrued.  He advises board members and executives to control their treasury funds to prevent any frauds from occurring. He writes,

“Look at the person sitting next to you, your partner in this business and imagine them running off to an island with the millions you might raise. Do not trust anyone, use internal security controls, like any large corporation should.”

Concluding his lengthy statement, Antonopoulos writes that he hopes other companies will learn from Neo & Bee’s mistakes. He also hopes that he can be wiser in his business dealing and offer better advice. Antonopoulos wishes that his statement will serve as a lesson for everyone.