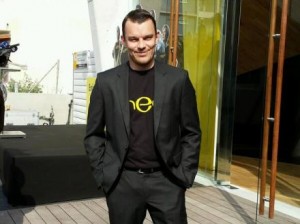 Last Friday, a warrant was issued for Neo & Bee’s Danny Brewster under the allegation of fraud. In fact, Cyprus Mail was told that Brewster was a person of interest in the whole fraud case. However, at the time, the Neo & Bee CEO was nowhere to be found. As a result of this, in a recent reddit post, Brewster has clarified what has been going on with him and is baffled by the fraud charges.

Danny Brewster Takes to Reddit to Explain His Issues

Danny Brewster expresses his frustration and concern about the recent events that have happened to him. He writes on reddit that he felt it was “necessary to post something” even though he was advised not to.

Firstly, Brewster is baffled by the fraud charges that have been placed on him. He explains what went down,

“I sold several people bitcoins for cash, most of which had them sent directly to their own wallets or exchange accounts prior to Neo and Bee becoming open to the public. There were 4 people however that requested for me to hold them until they provided me with an address to send them.”

The Neo & Bee CEO clarifies that he didn’t just take the individual’s money because “the keys are still stored on paper.” Brewster explains that the total amount that the four people paid was 75.29270138 BTC which translates to €35213.57. As such, he doesn’t understand where the media got their values from.

The Neo & Bee CEO also said that he hadn’t received even one request from the people who bought bitcoins from him to send them to an address.

“With one exception a request was made but that was received from the individual that introduced one of the buyers to me, they requested for me to transfer the coins to his Bitstamp account.”

Brewster said he didn’t send the coins to this person’s address because he wasn’t the person Brewster had an agreement with. As a result of this, one of these individuals went to the police after the rumors arose that Brewster fled Cyprus. He explains that

“The whole thing could be cleared up in a matter of days, because as of right now their case is based on rumors of me fleeing Cyprus which is complete garbage.”

Brewster continues and writes that he has given his contact information through email to the police and other people. He comments that if they don’t contact him for a solution, then he assumes that they are trying to set him up on charges to “discredit both [himself] and Bitcoin as a whole.”

Why Hasn’t Brewster Returned to Cyprus?

Brewster explains three reasons as to why he hasn’t immediately returned to Cyprus after the warrant was issued:

1. “I have a family funeral to attend.”
2. “The whole situation can be resolved without me doing so.”
3. “The manner in which the investigations are being carried out are concerning, the police haven’t made an attempt to contact me despite numerous personal requests for them to do so.”

Brewster writes that the only way to solve the problem is for those individuals he had an agreement with send their addresses to him in order that he may send the bitcoins to them. The Neo & Bee CEO has a lawyer in Cyrpus to contact the police and try to resolve the situation so that Brewster can get on with his life. He writes that he has one question he’d like to ask the Cypriot police,

“If I buy some building supplies and agree to provide a delivery address at a later date, but never do provide an address. Has the seller committed fraud if he still holds the supplies for me?”

Brewster continues his lengthy post, and writes that if he had wanted to run away with bitcoins, he could have done so before spending them all on his Neo & Bee business. At this point, Brewster is trying to resolve the situation with the Cyprus police and is planning on returning to the country.