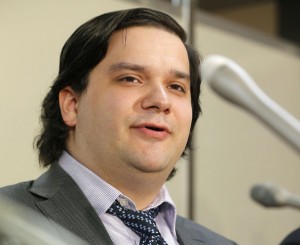 The CEO of ex-Bitcoin exchange Mt.Gox, Mark Karpeles, has said that he will not go to America to answer questions about the bankruptcy case. Mt. Gox lawyers used a subpoena from the Financial Crimes Enforcement Network (FinCEN) in the court filing to support why Karpeles will not show up.

Mark Karpeles Not to Appear in American Court for Bankruptcy Case

“Mr. Karpeles is now in the process of obtaining counsel to represent him with respect to the FinCEN Subpoena. Until such time as counsel is retained and has an opportunity to ‘get up to speed’ and advise Mr. Karpeles, he is not willing to travel to the U.S.”

The FinCEN Subpoena makes it so that Mark Karpeles must come to Washington, D.C., on Friday in order to give a testimony. The court papers said that a Japanese court was informed about this entire issue and a hearing is scheduled for Tuesday in Japan.

Karpeles’ lawyers asked the American court to push the bankruptcy case decision to May 5, 2014. However, the lawyers said that Mt Gox could not give a guarantee that Mark Karpeles would show up for this as well.

It sure seems that Mark Karpeles is afraid of coming to American courts for the bankruptcy case.

Mt. Gox was at one time one of the largest Bitcoin exchanges in the world. However, after a series of unfortunate events, Mt. Gox filed for bankruptcy protection in Japan last month. The ex-Bitcoin exchange cited that it had lost 750,000 of its customers’ bitcoins and 100,000 of its own.

The ex-Bitcoin exchange first said that it was experiencing technical difficulties; however, it soon put the blame of its downfall on the Bitcoin network itself. It cited transaction malleability as the source of its hardships. However, one would think that being such a large and popular Bitcoin exchange, Mt. Gox could have been better prepared, security wise. Alas, even the seemingly mighty must fall eventually.

As such, Mt. Gox is facing legal penalties behind its failure to secure its customers’ trust and bitcoins.