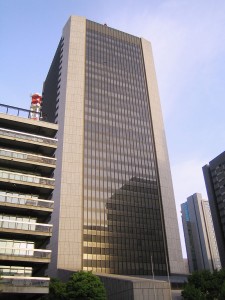 A federal judge in Chicago has ruled that a U.S. lawsuit alleging Japan’s Mizuho Bank of covering problems at the now-bankrupt Mt. Gox bitcoin exchange can move ahead, reported Reuters. Mizuho provided banking services for the Tokyo-based exchange and handled all deposits for American customers.

On Monday, U.S. District Judge Gary Feinerman rejected Mizuho’s argument that the case belongs in Japan, stating that hardship to the bank from trying the case in the U.S. would be no more than that “routinely tolerated by courts.”

Reuters reported that the proposed class action on behalf of Mt. Gox’s American customers was filed February 2014, the same month Mt. Gox filed for bankruptcy after losing approximately half a billion dollars’ worth of customers’ bitcoin. The exchange has alleged hackers stole the funds.

In April 2014, customers agreed to settle their claims against the exchange, reaching an agreement with outside investors and creditors to receive a share of recovered assets.

Reuters said the lawsuit alleges Mizuho inflated Mt. Gox customers’ losses by limiting withdrawals from their accounts in mid-2013, following reports of a U.S. government investigation into Mt. Gox. The lawsuit claims that at the same time, the bank continued to accept deposits from users of the exchange.

The lawsuit alleges that customers who complained about withdrawal delays were told by Mt. Gox that they were due to technical issues. Despite Mizuho knowing these statements to be false, it “stood silent while allowing the public to continue being duped,” said the lawsuit.

Jay Edelson, a lawyer representing Mt. Cox customers, told Reuters he was pleased with the judge’s decision. “The court rightfully held that these victims are entitled to have their day in a U.S court,” Edelson said.

Lawyers and a U.S. spokesman for Mizuho did not immediately respond to Reuters’ requests for comment.

The news agency said that in court filings, lawyers for Mizuho said it had nothing to do with Mt. Gox’s downfall or its customers’ lawyers. They also argued that the Chicago court did not have jurisdiction over the case because the disputed activities occurred in Japan.