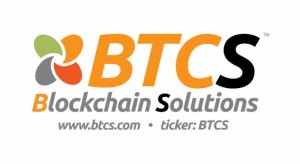 In a press release sent to CoinReport, blockchain technology company BTCS announced the launch of its pilot program to secure Ethereum’s blockchain.

“As the first U.S. publicly-traded blockchain-focused company we want to provide our investors diversified exposure to digital currencies and blockchain technologies,” said Charles Allen, CEO of BTCS. “Given the recent success of Ethereum and the growing interest from major players in tech and finance, we believe it’s an ideal time to launch a pilot program.”

Launched in 2014, Ethereum is a blockchain and cryptocurrency platform focused on smart contracts. According to the press release, Ethereum’s digital token Ether has grown at a 500% annual growth rate in USD terms. Ether’s entire market cap is now over $1 billion. Companies including IBM and Microsoft have expressed support in Ethereum.

“While Ethereum is focused on smart contracts, it’s important to note that there are currently numerous companies working on solutions to build smart contracts on bitcoin’s blockchain, leveraging the deep security provided by its more established and secure blockchain,” said Allen.

BTCS also secured an Ethereum-mining hosting contract that uses about 50 kilowatts of the company’s 3-megawatt capacity based in North Carolina. Readers can view a virtual reality tour of the BTCS facility here.

This news comes after BTCS made headway toward a merger with Israel-based server manufacturer Spondoolies. We interviewed Allen earlier this month about the merger and other projects BTCS is currently involved in.

BTCS logo – Via their press release

Ethereum logo – Via their website’s Assets page (CC BY 3.0)