Even with the confusion surrounding the company and its CEO, Neo & Bee, a Cyprus Bitcoin saving and payment network has restarted trading on Havelock Investments. Six days after trading was suspended on Havelock, Neo & Bee buy and sell orders resumed. 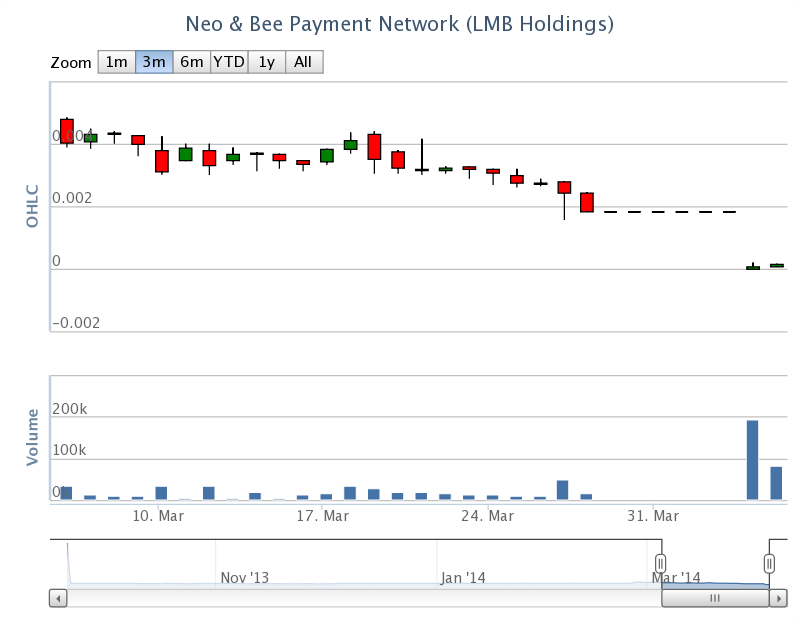 Neo & Bee had to suspend all trading because of an increase in abnormal and “questionable trading activity.” LMB Holdings, the parent company of Neo & Bee requested the suspension. Havelock made an announcement that Neo & Bee has not given an update as of yet,

Neo & Bee Under Scrutiny for Fraud

In addition to all that’s going on with Neo & Bee, the company is also under police scrutiny. This is because of allegations that the company did fraud against two of its customers. These customers told the police that they’d paid Neo & Bee cash in exchange for bitcoins. However, according to the complaint that was filed, the individuals never received the bitcoins.

The worse part of it all is that the CEO, Danny Brewster is nowhere to be found. The reason that this might be the case is because Brewster received threats on a Bitcoin forum. He made a post in which he explained the reason for his silence was because threats had been made against his daughter. Brewster wrote,

With this in mind, it explains the reason for the company’s share price drop. Even though the Neo & Bee resumed trading, people are hesitant to deal with the company for obvious reasons.