by Matthew Kohen and Justin Wales

A recent Florida Third District Court of Appeal opinion may affect how individuals and businesses utilize bitcoin and other virtual currencies in the state of Florida.

In Florida v. Espinoza, Case No. 3D16-1860, the State’s intermediary appellate court ruled that the trial court incorrectly dismissed a case against Mitchell Espinoza, who was charged with operating an unlicensed money services business and money laundering. Espinoza was arrested after selling bitcoin to undercover law enforcement officers in exchange for U.S. dollars. As part of the transaction, the law enforcement officers informed Espinoza that the U.S. dollars were obtained via illegal activity.

The trial court initially dismissed the charges because, among other things, it concluded that bitcoin did not constitute money within the purview of Florida’s money transmission and money laundering statutes. The appellate court disagreed, holding that bitcoin can be considered a medium of exchange that had monetary value, and as such, was a payment instrument as defined in Florida law.

Significantly, the Court held that a person who transfers their own bitcoin directly to a second party is engaging in money transmission under Florida law. In Florida, a person or business engaging in money transmission must obtain a license from the Office of Financial Regulation before conducting operations within the state and must keep records of, and run compliance checks on, their customers. Espinoza has not appealed the Third District’s opinion and the case will proceed in the lower court before Espinoza’s guilt or innocence is decided.

Because Espinoza has not filed an appeal, the Court’s determination that bitcoin is a payment instrument and the sale of bitcoin is money transmission is the law throughout Florida and can likely only be changed through the State’s legislature. Accordingly, the impact of the opinion is likely to be significant as it appears to expand the types of activity deemed money transmission in Florida. As a result, individuals and businesses in Florida seeking to buy, sell, or otherwise integrate digital assets into their business model must evaluate whether seeking a money transmission license is required. Moreover, the legislature must determine whether to amend the State’s money transmitter act to adopt the Federal understanding of money transmission that expressly excludes selling one’s virtual assets from being deemed a money service business. 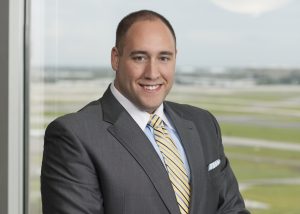 Matthew Kohen focuses his practice on the representation of technology companies in emerging industries such as fintech, telecommunications, and cybersecurity. He regularly advises companies on issues related to capital formation, regulatory compliance, and general corporate matters.

Matthew also serves as co-chair of law firm Carlton Fields’ blockchain technology and digital currency practice, and counsels companies in this space on how to structure their blockchain businesses and products into existing regulatory regimes. 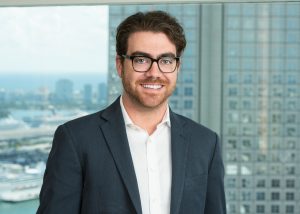 Justin Wales serves as co-chair of the firm’s blockchain practice. He represents a wide range of blockchain, fintech and financial services clients on fundraising and regulatory matters, including executing compliant token offerings. A recognized leader in the burgeoning cryptocurrency industry and early cryptocurrency adopter, Justin provides business and technical product counseling for his clients, as well as advice regarding domestic and international corporate formation options, intellectual property protection, and other general corporate matters. He speaks and writes often about the intersection between law and technology, and authors the premier treatise, published by Thomson Reuters, on the application of state rules on blockchain and virtual currency businesses.

Justin is also an experienced litigator who serves clients with constitutional and intellectual property disputes, including First Amendment, trade secret, and access to government-held information claims, as well as defense counsel for his financial services or cryptocurrency clients.