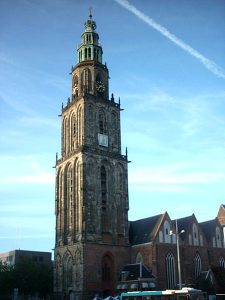 The third edition of the largest artificial intelligence (AI) and blockchain hackathon, The Odyssey Hackathon, has been announced. The event is supported by the Dutch government and has €200k up for grabs this year.

Announced by Odyssey; an Open Innovation Program by DutchChain which connects pioneering concepts with non-profit, corporate and governmental allies to tackle societal challenges using emerging technologies; the event will take place from April 11 to 15 in Groningen, the Netherlands.

The hackathon, which was previously called the Dutch Blockchain Hackathon and Blockchaingers, will witness some of the brightest entrepreneurs, creatives and developers from the world over gather to develop collaborative solutions for issues facing the world.

Odyssey and DutchChain founder and CEO Rutger van Zuidam said in a press release CoinReport received from Wachsman, Odyssey’s PR company, “There has been a lot of talk about the blockchain bubble bursting, but we prefer to look at what has been learned and focus on the real potential, which is the possibility to ‘commonise’ important parts of the digital infrastructure.”

He continued, “Odyssey will bring together a unique international community of key stakeholders, from startups to big corporates, to creatives, regulators, developers, as well as legal experts, in order to utilise emerging technologies for a new way of organising our society and facilitating the transformation of the world for the better.”

1,500 individuals are expected to attend the hackathon this time around.

The Special Envoy of StartupDelta and an advisor at the European Commission, Prince Constantijn Van Oranje-Naussau, commented, “We are looking forward to all of the brilliant minds convening at the Odyssey Hackathon, working on groundbreaking solutions for complex challenges. Odyssey is Europe’s leading hackathon for blockchain and AI and provides the teams with the best possible support to deliver their ideas at scale to make a real and lasting impact.”

The top 20 teams will submit their solutions to industry stakeholders and investors ready to accelerate their prototypes, in addition to receiving a cash prize of €200,000.

The top teams will be supported by the event partners including KLM, the Netherlands Authority for the Financial Markets (AFM), Deloitte, the Ministry of the Interior and Kingdom Relations of the Netherlands, the European Union Regional Development Fund and De Nederlandsche Bank (the Dutch Central Bank).

The 20 teams will then advance to the Odyssey Incubation Programme, where they will launch, test, create and scale their solutions together with their consortium within 100 days.

The state secretary for the Interior and Kingdom Relations of the Netherlands, Raymond Knops, stated, “The Odyssey hackathon goes beyond exploring the potential for blockchain and AI; it showcases the real-world capabilities of these technologies through economically viable solutions and unlocks new markets for businesses to provide products and services. The Dutch government wants to be a partner for everyone who can co-create the digital public infrastructure that is needed to take society forward in the 21st century.”

Teams that want to participate it this year’s event can register on the event’s website before February 25.