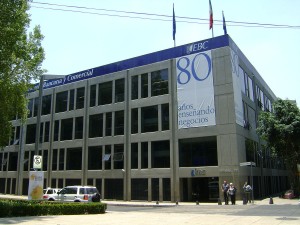 According to an email sent to CoinReport, the main item this year was a bitcoin comic titled “Bitcoin: The Hunt for Satoshi Nakamoto.” The comic was auctioned off last year and won by Rocelo Lopes. He then gifted the item back for this year’s auction under the promise that Juan Llanos, an experienced executive within FinTech, would have the book signed by members of the bitcoin community.

According to a separate press release sent to CoinReport, Llanos visited 10 countries to get the comic book signed by more than 105 bitcoin pioneers. Among the signees are Andreas Antonopoulos, Jeff Garzik, Gavin Andresen, Vitalik Buterin, and Roger Ver.

The auction’s second item, a Cryptomatic bitcoin watch, was won by Bitso’s Pablo Gonzalez for 5 BTC.

Proceeds from the auction will go to BitGive’s Donation Transparency Project to build a platform that will revolutionize philanthropy, allowing donors and the public to see exactly where funds go and how they break down to complete charity projects. Additionally, funds from the watch auction went to local Mexican charity Fundacion Parlas, which helps homeless and abandoned individuals with mental disabilities.

Fundacion Parlas, which partnered with Bitso for bitcoin to peso conversions, now accepts donations through BitPay.

Edits: In a previous version of this news report, we incorrectly reported the amount raised was almost $11 million. We have corrected it to over $11k. Spellings of the names “Lopes” and “Gonzalez” have also been corrected in this version. The errors are regretted.