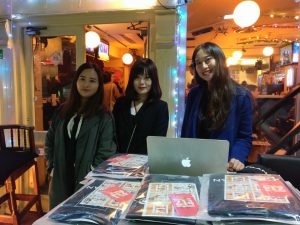 The app company said about 100 people attended the event but some participants said it was the biggest Tokyo bitcoin meetup in recent years.

The BitKan app has the largest number of users in the Chinese bitcoin industry. 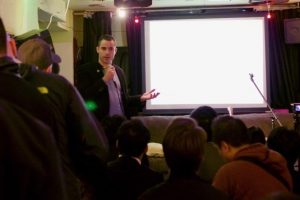 In his speech, Ver defined ‘good money’, saying it has to be hard to counterfeit, scarce, divisible, homogenous, durable, easy to transport and easy to store. He then went on to give an overview of bitcoin, also mentioning the ups and downs in the cryptocurrency’s price and the growth in user base over the years. 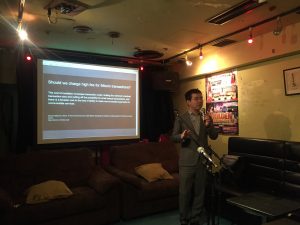 Wu talked about, among other things, if high fees should be charged for bitcoin transactions, pointing out that in an email to Mike Hearn back in April of 2009, Satoshi Nakamoto wrote, “I don’t anticipate that fees will be needed anytime soon, but if it becomes too burdensome to run a node, it is possible to run a node that only processes transactions that include a transaction fee. The owner of the node would decide the minimum fee they’ll accept. Right now, such a node would get nothing, because nobody includes a fee, but if enough nodes did that, then users would get faster acceptance if they include a fee, or slower if they don’t. The fee the market would settle on should be minimal. If a node requires a higher fee, that node would be passing up all transactions with lower fees. It could do more volume and probably make more money by processing as many paying transactions as it can. The transition is not controlled by some human in charge of the system though, just individuals reacting on their own to market forces.”

He then noted Nakamoto described the limitations of the existing payment networks that bitcoin solves in the bitcoin white paper, writing, “The cost of mediation increases transaction costs, limiting the minimum practical transaction size and cutting off the possibility for small casual transactions, and there is a broader cost in the loss of ability to make non-reversible payments for nonreversible services.” 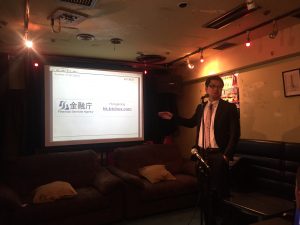 Zhang gave an overview of his exchange, speaking about how the exchange did in the past three years or has been doing since its inception in 2014. He talked about MBK Co. Ltd. (3121:Tokyo), a Japanese-based company whose merchant banking segment is mainly engaged in investment and financing to corporations and real estate in Japan and China, and Yumeshin Holdings Co. Ltd. (2362:Tokyo), a Japanese-based holding company mainly engaged in manpower dispatch business, forming business and capital alliances with his exchange. 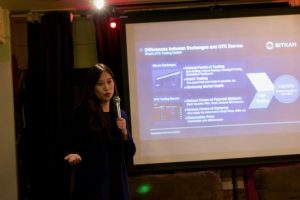 She suggested OTC trading has an edge over exchange trading, saying it allows for larger value trading, supports different payment methods and enables people who don’t have any exchange in their country to trade.

She also said finding an escrow can make OTC trading easier and better, as an escrow or trading partner like her company can offer real-time price, price alerts, news and mining monitoring.

She then went on to share BitKan’s past product strategy roadmap/till 2016, highlighting BitKan became the largest app in China in 2015. 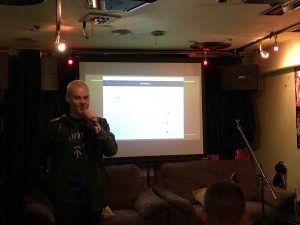 Southurst spoke about why bitcoin needs better industry reporting now more than ever, saying mainstream media focuses too much on bitcoin price movements, while it needs to cover stories from China more often. He also announced that his media group will soon launch an entirely new bitcoin news site, as bitcoin industry absolutely needs more media. He concluded by saying that the industry media has matured and it must keep improving by being more responsible and presenting all sides of the story.