The San Francisco-based company leverages blockchain technology to guarantee that consumers who pre-order products either get what they ordered or receive a refund.

The service is designed to tackle the problem of vaporware, where products are heavily promoted, but their manufacturing is delayed or they never existed at all.

According to data cited in a press release sent to CoinReport, 60 percent of pre-ordered products are never shipped. Kickstarter statistics indicate that the failure rate of crowdfunded initiatives is roughly one in 10, but 87 percent of backers never receive a refund. 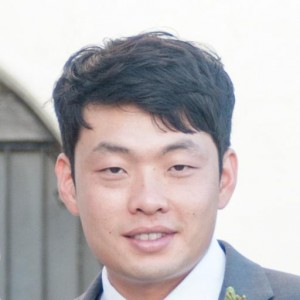 “Most pre-orders have been conducted using credit cards and PayPal,” explained Purse CEO Andrew Lee in an interview with CoinReport. “The problem with traditional payments is that consumer protection expires after 90 days, and many pre-order products can ship later. As a consequence, consumers risk being left empty handed.”

The problem has gotten out of hand, said Lee, pointing to PayPal discontinuing crowdfunding payment protection, as well as a class-action lawsuit against Coin alleging the payment tech startup “knowingly marketed a defective product.”

“Irreversible Bitcoin transactions aren’t the answer either, which is why our escrow platform is perfect for this use case,” Lee stated. “Purse Pre protects users from vaporware. Consumers can confidently pre-order the latest gadgets with guaranteed delivery, and merchants can gauge demand for their products.”

According to the press release, consumers using Purse Pre can closely monitor the production status of pre-orders in one place and can cancel orders at any time prior to shipment for a full refund.

At the time of its launch, the Purse Pre marketplace boasted more than 80 hand-selected gadgets for pre-order. “We look for products that have demonstrated working prototypes and successfully raised on Kickstarter or equity investors,” Lee said.

Lee, who first entered the payments sphere in 2010 when he co-founded a payment processor, learned about bitcoin in 2012. “I … bought $5 worth to play with, but I wasn’t immediately convinced,” he said.

After selling his company, Lee started working at Bank of America Merrill Lynch, where he covered emerging payment platforms such as Apple Pay, Google Wallet and Square.

“I began to realize that closed payment networks with identical payment rails weren’t innovative, ambitious, or interesting,” said Lee. “I started considering the value of Bitcoin more and more, and two years ago, we started Purse to solve the ‘consumer incentive problem.’ At that point in time, normal, everyday people with credit cards had no reason to use Bitcoin.”

In December 2015, Purse announced it had raised $1 million in seed funding from a group of investors that included Digital Currency Group, TA Ventures and fight.vc, among others.

Purse investor and venture capitalist Roger Ver praised Purse Pre in the press release, stating that “[it] is perhaps the best consumer use-case for Bitcoin yet. The Purse Pre marketplace is a lot like Product Hunt, but with a Buy-it-Now button you can trust.”