Regulation, Distrust and MtGox, What You Need To Know This Week

Here at CoinReport we like to breakdown the week’s bitcoin news and headlines for our readers. This week, ending March 28th 2014, we have seen more discussions on bitcoin and its regulation, heard about more security scares and witnessed the MtGox saga unfold further. 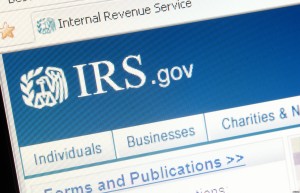 Earlier this week, the US Internal Revenue Service (IRS) made a ruling on bitcoin, suggesting bitcoin should be treated as property rather than a currency.  It is widely accepted within the bitcoin community that regulation of bitcoin is a necessary step. Mainstream recognition and adoption of bitcoin will undoubtedly come with a side order of tax regulation and in that respect the attention of the IRS brings bitcoin one step closer to that goal. However, the treatment of bitcoin as property, and not currency, raises potential issues.

According to the IRS, digital currency users will need to calculate the value of  their currency from the date it was received and determine whether or not it decreased or increased in value. Reports will need to be provided showing whether the individual made  a loss or gain on their bitcoins.

The Bitcoin Foundation’s reaction to this news was mixed to say the least. On one hand the attention of the IRS has given bitcoin a more legitimate base, allowing the government and general public alike to view it with more credibility. In their response the Bitcoin Foundation stated:

“The Bitcoin Foundation appreciates the IRS’ hard work in providing much-needed clarity to those transacting in digital currencies.  The digital currency industry has, on the whole, welcomed greater regulatory clarity for its ability to foster innovation in this critical and emerging space.”

On the other hand, however, the view of bitcoin as property will create difficulties in terms of taxation regulations, potentially creating an unnecessary burden on bitcoin users, something the Foundation is less enthusiastic about.

“IRS did not, in particular, seek meaningful input from the digital currency industry or the public at large. As a result, the guidance creates a poor framework for innovation.”

For the second time since Dec 2013, China has made a “decision” on bitcoin causing it’s value to drop. In the most recent report China’s central bank issued orders effectively causing the trading accounts of 10 Bitcoin exchanges to be closed. In response to this report, the bitcoin trading community responded with a panic that caused the price of bitcoin to drop by over 10%. The report has been dismissed by BTC’s Bobby Lee as rumours but the price was affected nonetheless.

In addition, a small Bitcoin exchange in Beijing, Vircurex, experienced a major setback. Two previous hacks on the exchange caused the loss of a significant number of bitcoins, an issue the small exchange was trying to recover from, while continuing to trade. However, the increased withdrawal of bitcoins over the last few weeks ended up leaving the cold wallets at the exchange severely depleted. Unfortunately, this lead to Vircurex having to freeze customer accounts, something that does not help small exchanges or bitcoin in their efforts to gain the peoples trust.

The result of an online survey held in Dec 2013 for Yodlee were also published this week, showing that in the US at least, bitcoin still has a long way to go in gaining the trust of the general public. Less than half of the population are aware of and understand the concept of bitcoin and of those, the majority are still unsure about bitcoin and its potential.

“Bitcoin has addressed some major opportunities in the financial system, but the vulnerability of some Bitcoin exchanges, along with the currency’s overall volatility, are still serious issues.” -Tim O’Brien, SVP ( Operations and information security) at Yoodlee

It is reasonable to assume recent events, particularly regarding hackings, have increased security awareness. However, security scares and failed hackings are also becoming more common. And example of this included the recent scare announced by Chunk Host , in which an email was received stating that passwords were changed. This lead to a bitcoin security scare and just highlights the skittish uncertainty and fear that is currently present through out the bitcoin economy, adding to the distrust of new adopters.

The plot thickens regarding MtGox 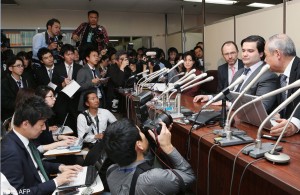 Barely a week ago, the ex-exchange MtGox appear to mysteriously find 200,000, of the reportedly missing 850,000 bitcoins highlighted in their bankruptcy protection claim. The dramatic discovery was attributed to the bitcoins being kept in an “old format wallet which was used prior to June 2011”, which was previously believed to be empty. Following that discovery researchers at ETH Zurich University, Switzerland, suggested that it was possible only 386 bitcoins could have been stolen in the malleability attacks that MtGox has blamed for the disappearance of almost 850,000 bitcoins. The researchers believe that only 302,000 bitcoins, of the 850, 000 total, could have even been involved in transaction malleability related issues, leading to the conclusion that,

“barely 386 bitcoins could have been stolen using malleability attacks from MtGox or from other businesses. Even if all these attacks were targeted against MtGox, MtGox needs to explain the whereabouts of 849,600 bitcoin.”

However, this  conclusion was based on an incomplete data set (from January 2013 only).

In addition, this week a US judge was asked by creditors to order Mark Karpeles to return to the US for questioning, regarding the collapse of MtGox and the accusations of fraud he has received. Karpeles’ legal team had proposed that he should testify from Taiwan, where he could be questioned by lawyers in person or via video link. The proposal was rejected by Gregory Greene and Joseph Lack, who deemed it “an unjustifiable misuse of judicial resources.” The team offered to pay Karpeles travel expenses as they maintain that Karpeles needs to testify in the US for domestic creditors to be protected, particularly since he has specific knowledge of the exchange coding and management. According to legal filings MtGox has already been  granted temporary protection from creditors.

It’s not all bad news

While there still appears to be some bad news, the Bulls of bitcoin remain firm in their convictions. Marc Andreesen alone still has big plans to invest “Hundreds of Millions” of dollars into bitcoin businesses. And more bitcoin ATMs and exchanges continue to pop up globally.

Subscribe to CoinReport to receive up to date Bitcoin news!