Research Finds MtGox Lost Only 386 Bitcoins Due to Malleability Attacks 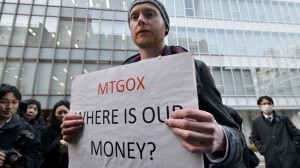 Researchers at ETH Zurich University in Switzerland have released a new report mapping its findings on the now ex-bitcoin exchange, MtGox and transaction malleability.

It has determined that the Tokyo based exchange may possibly have lost only 386 bitcoins due to issues originating from transaction malleability. Authored by Christian Decker and Professor Roger Wattenhofer, both part of the Zurich University’s Distributed Computing Group (DCG).

MtGox had adamantly claimed that the main reason for its insolvency were due to problems with the bitcoin protocol itself. This claim, the new findings reveal are either utterly misleading or completely incorrect.

Only 302,000 bitcoins could have ever possibly been involved in transaction malleability related issues, the writers of the report found. Furthermore, from that number only 1,811 bitcoins were ever likely to be involved in the malleability attacks that barred MtGox users from performing withdrawal transactions. Also, 78.64% of these kinds of attacks were unsuccessful. Hence, why, the report concluded,

“barely 386 bitcoins could have been stolen using malleability attacks from MtGox or from other businesses. Even if all these attacks were targeted against MtGox, MtGox needs to explain the whereabouts of 849,600 bitcoin.”

The findings of this new report come only about one week after MtGox discovered 200,000 bitcoins in an old wallet in the beginning of March. Lawyers working with the customers of MtGox are investigating into the situation to get to the bottom of the matter.

The 13 page report is a detailed piece of research presenting a step by step analysis on MtGox’s issues and claims. The researchers present a cohesive explanation of how they reached their conclusion. They had to create specialized nodes to trace and dump all transactions from the bitcoin database. This permitted them to distinguish between any double spending attacks observed by the peer nodes. However, the researchers could only date their research back to January 2013 only. The report stated “The following observations therefore do not consider attacks that may have happened before our collection started.” The researchers further concluded that their nodes were only connected to 20% of the accessible nodes. MtGox disclosed that it lost its bitcoins over a period of different years. This puts a bit of a damper on the new findings.

The published report also found a “strong correlation” between the MtGox press releases and the subsequent attacks that occurred. Hence, the report stated that this was an indication of the attacks resulting directly from the press releases.

For some, these new findings are just a confirmation for what they already believed to be true about the fallen bitcoin exchange. With its history of being tight lipped about important information, it is no wonder why people would feel this way.

Subscribe to CoinReport for up to date Bitcoin News.

Man Eats His Own Hat After Losing Bitcoin Volatility Bet