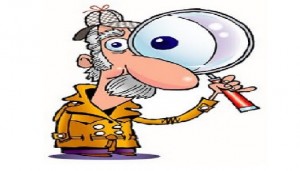 Ex-Bitcoin exchange Mt Gox has made an announcement on its website that it has “found” 200,000 bitcoins. This statement was made over a week after Mt Gox filed for bankruptcy protection citing that the exchange had lost 750,000 of its customers bitcoins and 100,000 of its own.

According to the Mt Gox announcement,

The exchange had said that the bitcoins in the old-formatted wallet was thought to no longer contain any bitcoins. However, after filing for bankruptcy, the wallet was rechecked and found to have around 200,000 bitcoins.

Mt Gox says that for security purposes the 200,000 bitcoins were moved from online to offline wallets on March 14-15. The ex Bitcoin exchange claims that,

“These bitcoin movements, including the change in the manner in which these coins were stored, had been reported to the court and the supervisor by counsels.”

Many of Mt Gox users who were afraid that they’d lost their bitcoins are questioning what Mt Gox said about the bitcoins it had lost. In the bankruptcy filing, the ex-Bitcoin exchange had claimed that $28 million were apparently “missing” from its Japanese bank accounts.

A Chicago based US judge who is supervising a class action against Mt Gox, allowed Mt Gox’s bitcoin movements to be tracked on Thursday. This made way for 180,000 bitcoins to be tracked. A partner at the law firm Edelson, Steven L. Woodrow, told Reuters,

“Today in court we got relief … specifically to track the 180,000 bitcoins, which we’ve been monitoring. Hours later, Mt Gox claimed it ‘found’ these bitcoins … it appears Mt Gox realized we were close and decided to acknowledge that it owned these 180,000-200,000 bitcoins.”

Law firm Edelson is representing the Illinois man who filed a class action over Mt Gox’s alleged fraud, Gregory Greene. Initially, Mt Gox had blamed their problems on a “technical glitch”, but later amended this to hackers who’d supposedly hacked their system through a DDOS attack. The exchange wrote in the announcement,

“Taking in to account the existence of the 200,000 BTC, the total number of bitcoins which have disappeared is therefore estimated to be approximately 650,000 BTC.”

From 850,000 bitcoins supposedly lost, to 650,000. This is certainly an interesting update. One wonders if there are any more hidden bitcoins Mt Gox can “find” if it looks a bit closer inside its system.