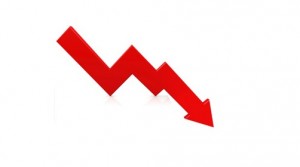 Due to a recent report in which China’s central bank ordered payment companies and banks to close over 10 Bitcoin exchange’s trading accounts, Bitcoin price dropped almost 10%.

The trading accounts are required to close by April 15, which prevents investors from transferring funds to the exchanges, according to Caixin news article. The notice was sent to banks and payment companies this month.

“I’m aware of the rumors circulating on the topic. I haven’t heard of anything else to confirm that. We are still waiting to see what happens.”

A few days ago, Bobby Lee said that Bitcoin is still alive in China and that the rumors of a ban were just rumors. However, due to the rumors, Bitcoin price is currently trading at under $520.

If this turns out to be true, then this action will be the most recent effort made by the People’s Bank of China to limit dealings with Bitcoin. In December of 2013, the central bank had restricted companies from buying and selling Bitcoin. This had caused Bitcoin price to decrease tremendously.

When contacted by Bloomberg, the Chinese monetary authority did not make any comment about this report.

When the People’s Bank of China announced its displeasure with Bitcoin back in December, Bitcoin’s price decreased by around 36%. Soon after, BTC China stopped accepting deposits which caused another decrease in Bitcoin’s price.

Ever since Japan-based Mt.Gox met its demise, Bitcoin’s price stumbled and plummeted for a while. However, slowly, but surely, Bitcoin has been reaching back to the top of the ball game. It seems though that having China restrict Bitcoin again will have a negative impact on the digital currency’s worth. The head of the central bank’s statistics department said on January 15th that people had to understand the risks of dealing with the “virtual commodity” and that it wasn’t “fundamentally a currency.”

Since Bitcoin survived China’s first attempt at denouncing Bitcoin in December, it is expected that Bitcoin will survive this recent attempt as well. However, the circumstances might be different now since people are becoming more aware of the digital currency. This might work for Bitcoin’s favor or against it. Only time will tell what the outcome will be.

Subscribe to CoinReport to stay up to date on daily news.