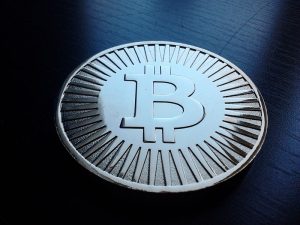 It’s been a rough 2018 for bitcoin, and bitcoin believers. Competition in the cryptocurrency space is heating up, prices have fallen dramatically, and yet more scams and hacks plague the businesses that are supposed to propel bitcoin into the mainstream. Bitcoin has done nothing to shake off its deserved reputation of being currency for criminals, highly volatile but not very useful in every day life. Say what you will about the price, the niche that bitcoin has carved has proven resilient time and time again. Bitcoin is here to stay.

Perhaps for the first time, bitcoin is facing legitimate contenders en masse. Driven by capable supporters and developers, digital projects like Ethereum, Ripple, Monero, and even bitcoin cash, are attacking the niches bitcoin occupies. Claiming superior features like improved transaction volume, better anonymity, and greater simplicity of use or mining, these competitors have legitimate claims for improving on cryptocurrency 1.0. A valid criticism of bitcoin is the continued scrutiny it faces, and by implication, faced by users of bitcoin. Much of the userbase for cryptocurrencies is composed of people in search of anonymous transactions, for one reason or another. Scrutiny is the last thing they want. If a currency like Monero offers superior value by hiding their identity, at what point will a user make the switch? Bitcoin is facing true competition, but is unable to make improvements due to the bizarre personalities that control bitcoin’s development path. Projects with clear leadership and focused development may surpass bitcoin in notable, and valuable ways.

When bitcoin came on the scene, the technology was impressive, attracting futurists and technologists. Discussion centered around how to provide utility and replace current systems. Then the price increased. A lot. And the political ideology of bitcoin was defined, and believers multiplied. A lot. Today, bitcoin is driven by two key factors: Price and Ideology. In my opinion, this was a sad shift. It hasn’t benefited bitcoin in the long run. The continued volatility of bitcoin is often the most recognized theme of the digital asset, attracting amateur traders who dream of being a whale. This is bad for every-day users who want to simply buy goods and services. Why risk losing so much value for a difficult to use and scam-ridden asset? The value of bitcoin as technology continues to fade as limited technical progress is made by the now depleted ranks of developers. The political ideology of bitcoin has created a vacuum of leadership and talent, allowing competitors to move ahead in innovative features. First mover advantage in technology is inherently temporary, and the price of bitcoin could take a hit if the technology does not keep pace with the competition.

The year ahead is as unpredictable as any previous. Broad use of bitcoin by criminal entities continues, and are now joined by North Korea, apparently, in an attempt to undercut United Nations and US sanctions. It is possible that Russia is doing the same on a national basis. Additionally, the massive price jump that attracted so much attention has now gone the opposite direction, demonstrating the fickle relationship bitcoin has with volatility and value. Dealing with what is almost certainly a massive scam in Tether, impressive in scope and boldness, the price will likely drop further when Tether and Bitfinex ultimately fail. The increasing competition from able cryptocurrencies will erode bitcoin’s market share, and the culmination of several negative events could convince large numbers of users to shift their digital allegiance to a lower profile, but still useful asset like Monero or Ripple. Bitcoin has denied detractors before, so 2018 could see bitcoin power through these challenges or succumb to them.

There are warning signs for bitcoin users, but when haven’t there been? Since the creation of bitcoin, the common wisdom has been to shun the unique digital currency, whether for legal or ideological reasons. As more and more blockchain-based projects find their way to market, and older firms mature their products, there is hope for cryptocurrency achieving broader use. Though bitcoin may not experience the paradigm-shifting mass adoption that believers envision, the resilience of bitcoin guarantees it a place in the pantheon of internet deities. Bitcoin won’t go anywhere in 2018, though the price certainly will.