If one word were chosen for the buzziest concept in tech in 2017, it very well might be ICOs. These controversial Initial Coin Offerings raised nearly $4 billion last year in a mad rush of unregulated offerings. High profile ICOs like Tezos and DAO went down in flames, and other ICOs received celebrity endorsements from the likes of Mark Cuban and Floyd Mayweather. Clearly, there is a lot of attention on ICOs. Clearly, there is a lot of money to be made through ICOs. But it is also just as clear that ICOs, right now, are a circus.

Part of this transition is due to the SEC’s public criticism of noncompliant offerings. In December 2017, SEC Chairman Jay Clayton publicly stated that most tokens are securities, not utilities. He warned that companies issuing coins must comply with Federal and state securities laws.

In this warning, the SEC did not provide instructions for how companies should go about raising capital with ICOs in a legally compliant manner. Instead, there was a suggestion that the legal tools for raising capital through ICOs are already offered to the public through the JOBS Act, which was voted into law in 2012 — long before the first ICO.

So what does this mean for ICO token agreements?

Today, many companies use a SAFT (Simple Agreement for Future Tokens) to raise capital for an ICO, and there is no longer any argument that a SAFT is a security. However, if a company raises capital through a SAFT and is later acquired, those investors do not get to participate in the future valuation. In many cases, this is okay, but besides tokens, investors are interested in equity, which is traditionally what companies offer during a raise.

It’s common knowledge that investors have been bullish on utility tokens due to their instant liquidity. We’ve seen ICOs deliver utility tokens on a profit-basis and deliver. Some tokens have grown by incredible margins, hundreds of percentile points, delivering massive dividends to investors. The liquidity of these tokens and the chances to make large amounts of capital combine into something irresistible to investors. Why buy IPO stocks when ICOs seem to deliver such better results?

The bottom line is that ICOs need methods to raise capital that benefit both the company doing the raise and the investors. StartEngine, an equity crowdfunding platform, hosts other companies’ crowdfunding offerings, including ICOs, and the company has created a solution for this ICO dilemma in the form of RATE (Real Agreement for Tokens and Equity). RATE’s structure offers both equity in the company and tokens to investors, in essence a double whammy that makes a deal all the more attractive to investors.

In a blog post, StartEngine CEO Howard Marks explains RATE best through an example of what a RATE raise could look like:

“Matt’s French Bakery wants to raise $30M with an ICO. The company decides to create an early sale period during which it offers 10 tokens for every share purchased. In addition, early sale investors receive a 15% discount on the sale of common shares that will be offered in the regular crowdsale. The early sale incentivizes early purchasers to invests larger sums of money.

The company uses Regulation Crowdfunding (Title III of the JOBS Act) to raise up to $1.07M directly from everyday investors with a minimum of $100 or the equivalent in BTC or ETH. Simultaneously, Matt’s French Bakery uses Rule 506(c) of Regulation D to raise millions from accredited investors. In both offerings, the company uses a RATE to offer investors both equity and future tokens as a bonus to the offering.

The idea of a bonus is simple: give a large incentive to investors to make the offering more marketable. Also, the bonuses are securities on their own. It all depends on how the token is designed. The RATE is actually selling equity in the company. A company can offer non-voting Common B shares, voting Common shares, Preferred shares — whatever it wants.

The shares offered in the RATE are speculative in their nature and are inherently securities.

After the pre-sale, the company decides to raise the remainder of the $30M they are seeking and use Regulation A+ (Title IV of the JOBS Act) to raise up to as much as $50M from everyday investors. This offering requires the SEC to review and qualify the offering. Once qualified, the offering goes live, the investors sign a RATE, they receive equity without a discount (full retail) and 5 free tokens as a perk (half what the early sale offered).”

The next question for investors is whether RATE offers the same liquidity they have come to associate with ICOs. Ventures, such as tZERO and StartEngine Secondary, have announced their intentions to launch regulated marketplaces in 2018, and more will likely be announced in the coming months. The shares sold through RATE will be transferable, and once the tokens are issued, they will also be on SEC registered ATS platforms available on these regulated marketplaces.

So why use RATE and the JOBS Act exemptions instead of following the billions of dollars spent in 2017 on unregulated ICOs? The main benefit is simple: it reduces risk. Companies are following the law, which protects the employees involved and allows investors to make safer investments as there is no risk of a company being sued by the SEC for illegally selling securities. Plus, companies raising capital through RATE don’t have to pay taxes on their offering, as they are selling investors equity, the tokens are just an added bonus.

Those interested in learning more about RATE can download this agreement. Note: This first version is intended for raising capital under Regulation Crowdfunding. Additional versions for rule 506(c) Regulation D and Regulation A+ will be added soon. 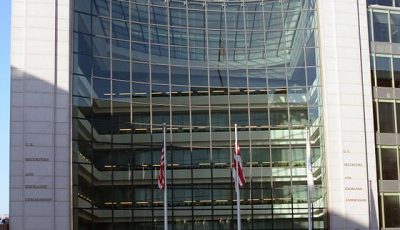 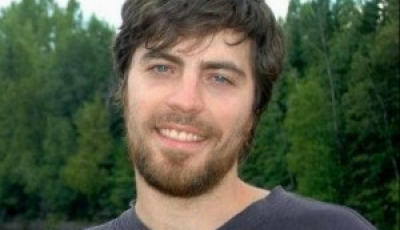