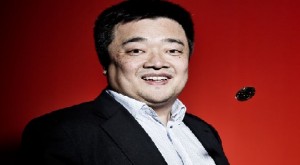 Bobby Lee, the founder and CEO of China’s largest bitcoin exchange, BTC China, gave an interview to Bloomberg TV on March 19th addressing the issue of bitcoin in China.

He explained that the digital currency has not been banned in the country even though rumors have claimed otherwise. Back in December, the central bank of China released guidelines that prevent financial institutions from processing transactions in bitcoin. The Chinese government does not consider the coin as a form of currency. Hence, bills cannot be paid off through your bank account using bitcoins.

“You can’t trade it (bitcoin) with banks. Much like here in the U.S., you’re not going to go to Citigroup and open a bitcoin account,”

said Matt Miller, reporter with Bloomberg Television. Even though bitcoin transactions cannot be done through banks in China, like in the United States, transactions are still possible through bitcoin accepting sites and exchanges. You are still able to buy and sell using the digital coin.

When the announcement was made by the central bank of China, frenzy ensued in the bitcoin community and it resulted in a huge rise in the selling of bitcoin. During the months of November and December, the digital currency saw a large drop in price. It went from being worth around $1,100 per bitcoin to almost $500! While speaking with Bloomberg’s Washington office on March 19th, Bobby Lee said that the trading volume on BTC China plummeted to almost 80% after the announcement was made by the bank.

Nevertheless, Lee hinted at bitcoin having a stronger foundation in China than in the United States. For example, he said that it is much easier to create and setup a bitcoin exchange in China than it is in the U.S. This partially has to do with the lack of policies you have to go through governmental agencies. China has one government body while the United States has a combination of state and federal government.

The digital currency is far removed from being banned in China any time soon. Bitcoin continues to gain in popularity while governments around the world continue to battle out how to regulate the digital currency.

Is a Rumored Bitcoin Ban Harming the Value of BTC?