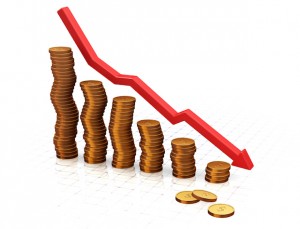 The rise in popularity of bitcoin, a peer to peer based digital currency and payment system, is well known and documented. At the same time it appears that even though many have become familiar with the name of bitcoin, from amongst them not many seem to understand what the digital currency actually is and how it functions.

A new online survey conducted by Harris Interactive for Yodlee, a California based software company, has revealed that less than half of American adults or 48 percent to be exact, comprehend and understand Bitcoin. Majority of the individuals from amongst the 48 percent are distrustful of bitcoin and do not have enough faith in the system to invest their money into it. The survey was conducted in December on 2,039 adults from the ages of 18 and older.

Americans are unsure and unconvinced about how reliable the digital currency is, along with how useful it would be as an alternative currency. Hence, this is why people are still continuing to invest in the well-known and conventional precious metal, gold. According to the survey, only 13 percent of those who took the survey said they would choose bitcoin over gold.

“Bitcoin has addressed some major opportunities in the financial system, but the vulnerability of some Bitcoin exchanges, along with the currency’s overall volatility, are still serious issues,”

Regarding opinions of government regulation, many were unsure whether the digital currency should be regulated or not. Amongst those who had an opinion on the matter, it appeared that 44 percent were pro governmental regulations while 56 percent were in opposition to it.

Recently, the value of bitcoin has risen and fallen from almost $1200 at one point to about $400. This is largely due to the collapse of a major bitcoin exchange based in Tokyo, Japan called Mt. Gox and constant battle of governments on how to regulate and define the digital coin. Currently, the value of the coin has become much more stable to be around the $600.