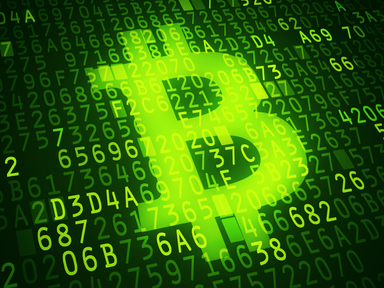 Here at CoinReport, we like to breakdown the week’s bitcoin news and headlines for our readers. This week’s digest, ending May 17th 2014, has been packed with good news for bitcoin, for once. Maybe it’s the arrival of summer but spirits are definitely higher, everywhere!

This week, surprisingly, the news surrounding bitcoin in China was positive. Despite the recent crackdown on bitcoin by the PBOC, the richest man in Asia came out in support of the digital currency. Li Ka-shing, has decided to increase his investment in bitcoin and BitPay, through Horizons Ventures.

In addition, bitcoin exchanges across China  are now weighing up their options in terms of how to work around the crackdown.  With talk of the crackdown potentially deepening, some exchanges are considering moving their operations out of China in order to protect their platforms.

Such measures are not confined to exchanges. Bitcoin ATM manufacturer, BitOcean may move elsewhere in Asia if the Bicoin crackdown continues to persist in China. Managing director, Hong Cheng elaborated that they may move the business abroad

Despite the warnings issued by PBOC regarding bitcoin, China’s first Global Bitcoin Summit had an impressive turnout. Hundreds attended and event organizer, Li Xiaolai, had some encouraging words for enthusiasts on the matter:

“Thailand has already banned Bitcoin, so has Russia. But who cares if China bans it as long as everyone knows the whole world can’t ban it.”

On the heels of the summit, Chinese musician Zhang Zhang has written the first music video paying homage to bitcoin. ‘We Are All Bitcoins’ glorifies bitcoin as a tool for eliminating injustices and empowering users.

The much anticipated Bitcoin 2014 conference is underway in Amsterdam. The annual event, organised by the Bitcoin Foundation has received  over 1000 attendees so far, including scores  of the top names in digital currency. Overstock.com CEO, Patrick Byrne made the opening keynote speech and dispelled any illusions that Overstock.com got involved with bitcoin for publicity. He said:

“As much as I love bitcoin, I am all about the crypto revolution.”

Japan and UAE Chime in

Japan appears to have had a belly full of bitcoin since the MtGox debacle. This week the Japanese regulators announced that rather than regulate bitcoin, they will only monitor the digital currency. This hands off approach has its pros and cons of course, but according to the Japanese government regulation of the digital currency, it doesn’t fall under their jurisdiction. As of this week plans to monitor bitcoin and potentially related illegal activity are under discussion.

Cash has traditionally been king in the United Arab Emirates (UAE) but since the financial crisis in 2008 UAE banks have been looking to revamp its banking system. Now, before they get left behind in the digital payment era, the UAE are finally moving to upgrade their payment technologies. The upgrade in infrastructure  may open up the UAE to digital currencies, like bitcoin.

“In the next three to five years, you are going to see a significant [technology] rollout among the banks that operate in the region with back office operations moving to the cloud.”

British second hand electronics exchange CeX is running a 3 day experiment, replacing the pound with bitcoin in one of their Scottish stores. The move will temporarily allow customers to purchase goods using bitcoin.  CeX will be the first UK retailer to allow such purchases.  The experiment is closely related to the drive for Scottish independence and will hopefully show that bitcoin can provide independence from the use of the British pound in Scotland. The experiment may even reveal there is no need for cash at all…just maybe.

This week, eBay CEO John Donahoe answered shareholders questions in a shareholders meeting. When the topic of bitcoin was broached his response was enthusiastic. Donahoe, who believes bitcoin is exciting said,

“We think Bitcoin will play a very important role in the future. Exactly how that plays out, and how we can best take advantage of it and enable it with PayPal, that’s something we’re actively considering. It’s on our radar screen.”

Top bitcoin wallet provider Blockchain celebrated a massive milestone this week, passing the 1.6 million user mark. The success not only reflects the high quality, trusted service Blockchain provides, but confirms bitcoin is still on its pathway to the moon, despite the knocks its been taking.

Let us know if we missed any important news of this week in the comment section below!