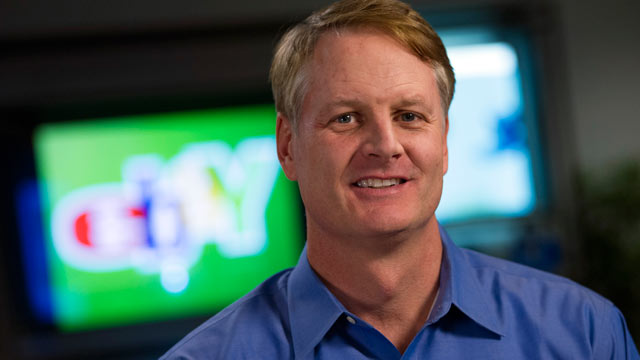 On Tuesday, eBay shareholders asked eBay CEO John Donahoe questions regarding the state of the online retailer at a shareholders meeting in San Jose. Some questions addressed topics such as Amazon, an unpopular seller policy, and bitcoin.

The meeting started off with the shareholders voting to re-elect four board members, one of whom was Donahoe himself. Other acts that took place at the meeting included approving an amendment and the restating of the 2008 Equity Incentive Award Plan.

Donahoe announced 2013s financial results and the company’s guidelines. He presented a slideshow of Paypal and eBay which explained why the two companies go so well together.

Donahoe was later asked about his views on bitcoin in global trade by Carl Davis Jr. of the Silicon Valley Black Chamber of Commerce. Donahoe was enthusiastic over the new technology, calling it exciting. He said:

“We think Bitcoin will play a very important role in the future. Exactly how that plays out, and how we can best take advantage of it and enable it with PayPal, that’s something we’re actively considering. It’s on our radar screen.”

One shareholder then asked Donahoe about rival retailer Amazon, saying: “We know they don’t care about profits, and you do. How do you compete?”

Donahoe replied confidently, stating that eBay has been a revolutionary business model that has been successful for well over a decade. The site benefits both buyers and sellers, which can very well allow it stand the tests of time. The eBay CEO added:

“I think an important move we made several years ago is now, eBay doesn’t succeed unless you succeed. If you don’t sell, we don’t get anything. And I think that’s an important move where our fees, our take rate, our revenue, our profits only occur when sellers like you all over the world successfully sell something.”

eBay definitely has an open mind for ways they can implement digital currencies on their site. In March, it was discovered that the company had filed a patent application for a bitcoin currency exchanger.

Then in April, the company added a virtual currency section to its site, allowing for bitcoin and dogecoin trading.

If eBay finally does what many bitcoin enthusiasts are waiting for it to do, then bitcoin will attain the mainstream popularity it has been looking for.