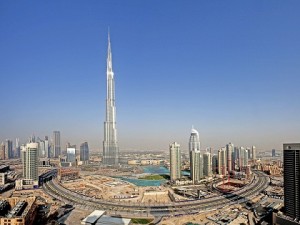 The United Arab Emirates (UAE) is getting lost in the digital payments shuffle and may be left out, if it doesn’t get on board soon. Fully aware of the fact, they are looking to upgrade payment technologies and fast.

The UAE’s bank is spending ample amounts of money on new technology, say bankers from a cards and payments conference in Dubai. The goal in mind with discovering a new technology is to provide cheaper transaction costs and fee for customers.

The head of retail banking at Mashreq bank, Farhad Irani, stated that:

“In the next three to five years, you are going to see a significant [technology] rollout among the banks that operate in the region with back office operations moving to the cloud.”

He says that the market of technology and innovation is rapidly growing, and claims that this could work to the advantage of the banking payments industry.

The UAE has been looking to revamp its banking system since the global financial crisis of 2008. With smartphones, banking has become even simpler for customers to use.

Banks seem to be cooperative towards further embracing technology payments and simple activities into their businesses. This will allow bank employees to focus more on pressing matters, rather than small things like an address change.

“Cash has been the traditional mode of payment in UAE due to its safe and secure environment but as the economy grows, the cost of cash to society is also increasing. To that effect, the Government of the UAE is investing heavily in adoption and implementation of electronic payments through the e-government initiative. This will further boost the economy and enhance financial inclusion.”

What will make the transition to digital banking smoother is that the federal government is supportive of the plan. Farhad says that new innovations such as debit, credit and ATMs will make the banking ecosystem cheaper for everyone.

Bitcoin takes these innovations and builds upon them, making them even safer and more cheaper for everyday use. Though it may take some time, digital currencies may be enough to handle banking structures of the future on their own.

Follow CoinReport to stay up to date with the latest on Bitcoin news.