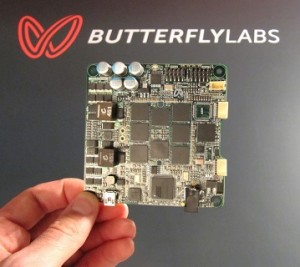 Mining hardware company, Butterfly Labs (BFL), has been hit with almost 300 complaints via the Federal Trade Commission (FTC) in just 18 months, as per documents received by Ars. The complaints against BFL accuse the firm of fraud and failing to deliver products to customers on time.

BFL has been facing multiple accusations of fraud on different accounts. In fact, the Kansas-based mining hardware company is currently facing one lawsuit in a federal court right now, and knowing its track record, more are likely to come.  Towards the end of November 2013, Butterfly Labs had lost a civil case in which the plaintiff, William Lolli, won over $13,000, but has not collected the money yet.

“Butterfly labs is 10 months past reported shipping time. Company has denied my refund requests. I still have not received a shipment. I ordered on 862012. Promised shipping was Oct 2012”

The total of 283 complaints started piling from September 2012 to April 2014. However, the fact that there are complaints do not mean that customers will get their money back.  FTC spokesman, Peter Kapland, said,

“Complaints are used by FTC and partner law enforcement agencies to detect patterns of fraud and abuse, which may lead to investigations and eliminate unfair business practices.”

The thing is, the FTC receives the complaints and then decides if the case if warranted enough to bring about litigation. Kapland explained,

“They’re entered in the Consumer Sentinel database, which is used by many local, state, federal, and international law enforcement agencies. The FTC can’t resolve individual complaints, but we can provide information about what next steps consumers should take.”

Robert Flynn, the attorney of Martin Meissener, a German-Polish man who filed a lawsuit against BFL in February, said that he is “disheartened” each time a person has been “victimized by Butterfly Labs.”