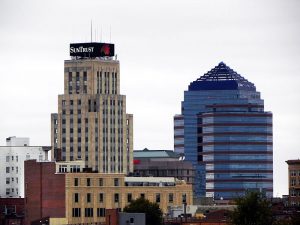 UAHC Ventures, LLC, a newly formed, wholly-owned subsidiary of United American Healthcare Corporation, announced in a press release CoinReport received that it has teamed up with MGT Capital Investments, Inc. (MGTI) by providing MGTI with a $2 million investment, which will be used by MGTI to further expand and build its bitcoin mining operations.

In exchange for the investment, MGTI has issued UAHC Ventures both a warrant to buy shares of MGTI’s common stock and a Secured Convertible Promissory Note. Monthly redemption payments due under the financing start three months after the end of the transaction, and may be made by converting redemption amounts into shares of MGTI’s common stock or in cash.

The UAHC Ventures subsidiary was formed to pursue strategic-investment opportunities in promising growth industries such as cryptocurrency and blockchain technologies.

UAHC Ventures CEO John Fife said in the release we received, “Today we see Bitcoin and related-mining activities as a promising and fast-growing segment of the digital currency sector. Accordingly, we’ve identified MGT Capital Investments, Inc. as a leader in Bitcoin mining that is uniquely poised to capture market value as it expands its mining operations. As our commitment to making strategic investments through UAHC Ventures continues, we will further explore potential value-adding opportunities in the digital currency space, as they present themselves.”