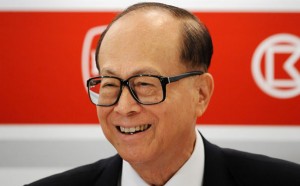 Amid People’s Bank of China (PBOC) crackdown on Bitcoin, Li Ka-shing, the richest man in Asia, has decided to increase investment in Bitcoin. Through Horizons Ventures, the billionaire has transferred an undisclosed amount of money into Bitpay, a payments processor for virtual currencies.

“Bitcoin is a borderless and frictionless payment system, which is nearing a tipping-point moment in terms of merchant adoption.

Gallipi also adds that unlike payment processors such as credit cards, which have high fees and risks for fraud,

The architect of Hong Kong’s exchange-rate system, John Greenwood, told the South China Morning Post that other investors should follow Li Ka-shing’s decision to invest in Bitcoin related firms. Jan Hammer, the partner of Index Ventures which lead the Series A funding for Bitpay, said,

“We see BitPay playing a key role in the future of electronic payments and paving the path for digital currency bitcoin.”

The latest stump along the path for Bitcoin’s growth comes in the form of the PBOC which, since the end of April, restricted banks from working with Bitcoin related companies in China. As a result of this crackdown, Bitcoin exchanges had to close off their deposits and bank accounts. In light of this matter, the five largest Bitcoin exchanges in China withdrew from the Global Bitcoin conference due to the PBOC’s rebuking.

However, Bitcoin businesses, such as Huobi, have found a way around this Bitcoin crackdown. The solution is to move operations overseas in order to keep the business running. This way, the companies can avoid the PBOC and still carry out their services.