The PBOC crackdown continues in China as two more banks announced shutting down Bitcoin trading accounts. China Guangfa Bank and Shanghai Pudong Development Bank Co Ltd, have both stated that their customers are banned from using their bank accounts to trade with Bitcoin.

These announcements were both posted on the banks’ websites on Wednesday. The banks specified that retail and institutional customers will not be allowed to buy or sell Bitcoin or any other digital currency using their bank accounts. If the bank found out that Bitcoin trading was still being conducted, the accounts will be closed or suspended.

Bank accounts of Huobi, one of the most popular Bitcoin exchanges in China, were shut down in the middle of April. The vice president and co-founder of Huobi, Du Jun said to Reuters,

“We online exchanges as well as the entire industry are facing a serious challenge. Without an incoming cash flow, it’s hard to operate an exchange.”

The PBOC crackdown on Bitcoin officially started during the end of April when it rebuked banks for still providing services to BTC China, one of the largest Bitcoin exchanges in China. As a result of the PBOC’s statements, Chinese banks related to Bitcoin exchanges stopped providing services. The PBOC’s move has strongly hindered the progression of Bitcoin in China. It should be noted, however, that Bitcoin is not officially banned in China. However, the PBOC crackdown shows otherwise.

Bitcoin Price Does Not React 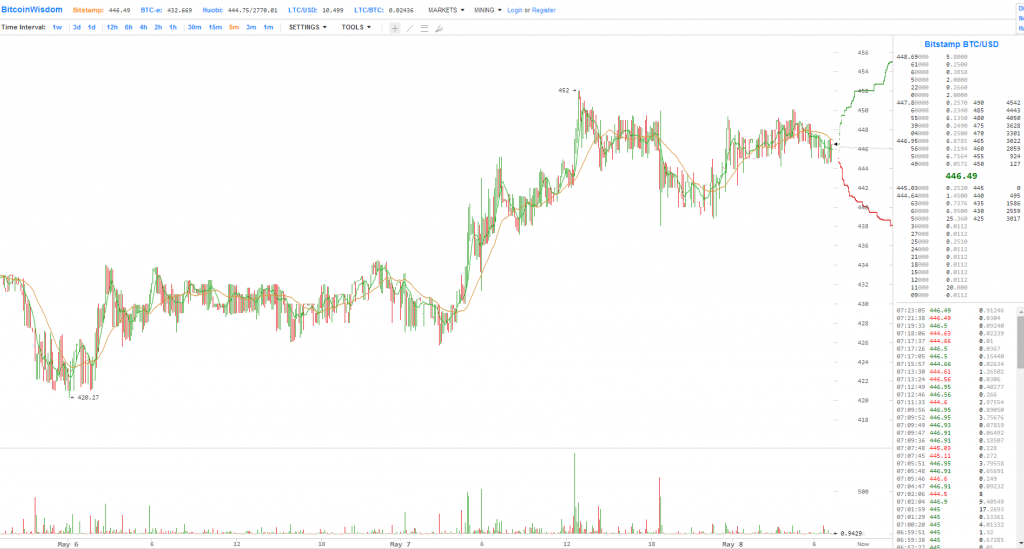 This could be due to the fact that perhaps Bitcoin price has reached its all time low and will not decrease any further. It could also be that the digital currency is becoming resilient to news from China. Whatever the reason may be, it seems that Bitcoin is not disappearing any time soon, even if the PBOC crackdown continues.

Quench Your Nacho Craving With Bitcoin on the iNacho App