Bitcoin has been hit once again by the Chinese regulatory hammer as the crackdown gets stronger, due to the warnings issued by People’s Bank of China. On twitter, BTC China, one of the most vocal and prominent Chinese Bitcoin exchanges, tweeted:

Dear users, Due to regulations, we have suspended CNY deposits from Bank of China. For further enquiries, pls email: support@btcchina.com

No further official statements have been released by BTC China as of yet, however, the announcement on twitter has caused the expected commotion.

BTC China’s decision to suspend CNY deposits probably came from the PBOC’s rebuking of banks working with the Bitcoin exchange. Interestingly enough, Bitcoin is not banned in China, however, the PBOC is trying hard to limit its usage in the country as a financial instrument, it would seem.

As such, there are repercussions and restrictions involving Bitcoin in China-based businesses as of now. This may change in the future, however.

Bitcoin’s price has also been affected by the announcement. The digital currency is currently trading at around $423. This shouldn’t come as a surprise anymore since it seems that whenever there is “bad news” regarding Bitcoin businesses in China, Bitcoin’s price gets excited. 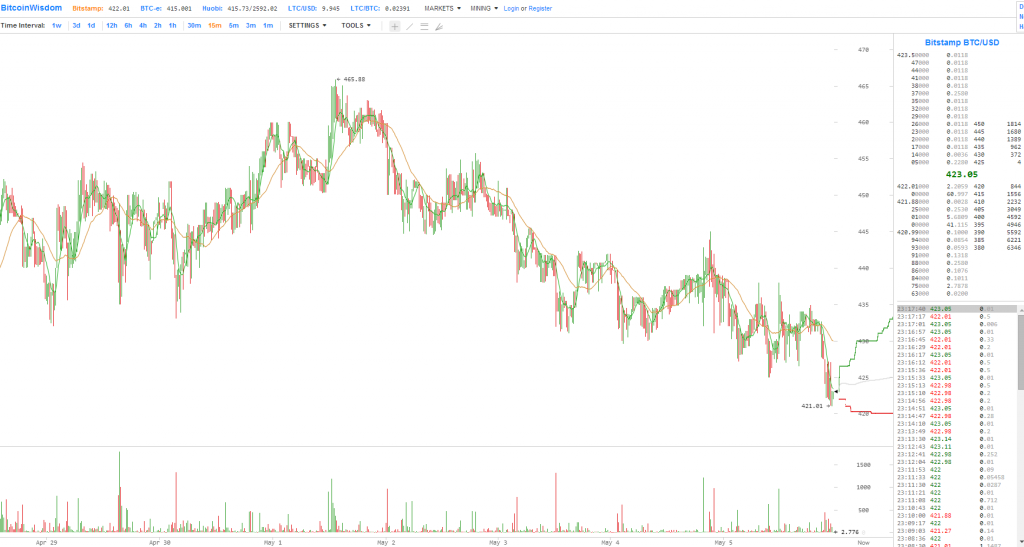 A week ago, there was a twitter debate between BTC China and a user in which the Bitcoin exchange was accused of price fixing. Even when accused, BTC China denied the allegations and asked to be treated fairly.

However, the fact that Bitcoin’s price has been affected by news in China, as of late, some Bitcoin users are annoyed with the volatility. But, with any investment, there is always the possibility of losses. As such, it may be wise to only invest in Bitcoin what one can afford to lose.

CoinReport will be tracking this story as it develops and provide any updates as they happen.