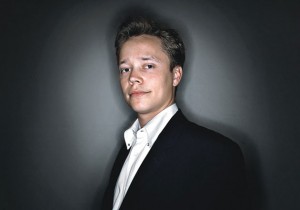 Brock Pierce To Not Step Down From the Bitcoin Foundation

Brock Pierce, the newly elected board member of the Bitcoin Foundation, has written a letter to the members addressing the issue of his election. He referred to the sexual abuse allegations that date back 14 years and declared his innocence from them.

In the letter obtained by the WSJ, Pierce notes that the lawsuits following his alleged sexual abuse against two acquaintances were completely dismissed in 2000. However, after new lawsuits were filed against four Hollywood stars by one of the claimants in Pierce’s lawsuit, the attention has been drawn back to Brock Pierce.

Brock Pierce Says No to Resigning

The Bitcoin entrepreneur clarified the matter and explained that in the new lawsuits, he is not a defendant and all past allegations against him have been cleared. Brock Pierce wrote,

“Despite a full investigation by the U.S. Attorney’s office, the FBI and the State of California into the allegations, I was never charged with anything whatsoever by anyone and was cleared of any wrongdoing.”

Brock Pierce’s letter follows the 10 people who cancelled their Bitcoin Foundation membership after he and BTC China’s CEO Bobby Lee were elected. The two board member seats were previously held by Mt. Gox’s CEO Mark Karpeles, and Bitcoin enthusiast Charlie Shrem who was arrested on money-laundering allegations. Shrem pleaded not guilty to the allegations and has been under house arrest. Addressing the ten people who chose to cancel their membership, Brock Pierce wrote,

“I am sorry that 10 of 1,500 members chose to resign, but I am at a loss to explain why they would do so now and not after Mr. Karpeles allowed Mt. Gox to implode or Mr. Shrem was indicted. I am saddened and angered by this.”

Above all, the bottom line of Brock Pierce’s letter was to say that he will not step down from his post. He wrote, that stepping down from the Bitcoin Foundation because of “hateful and uninformed chatter on bitcoin forums” and the resignations “is not rational, prudent or warranted.”

Furthermore, Brock Pierce feels that his resignation would set a bad precedent for the Bitcoin Foundation where “those who make scurrilous accusations and engage in character assassination, often anonymously” will be rewarded.