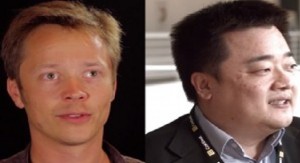 Last week when the Bitcoin Foundation conducted elections for two vacant board member seats, the election resulted in no outright winners. As a result of this, the Foundation opted to have another election, but this time they limited the candidates to only the top three that were voted for most in the first election.

The top three candidates were BTC China’s Bobby Lee, Venture Capitalist Brock Pierce, and Gyft co-founder and CEO Vinny Lingham. The second round of elections resulted in Bobby Lee and Brock Pierce as the two new board members.

Out of the 71 voters who participated, 31 chose not to vote. In order for the candidates to be elected, they had to receive at least 50% of approval. Bobby Lee has gotten 79% approval; Vinny Lingham has gotten 63%, and Brock Pierce 65%. Thus, beginning on June 1, 2014, Bobby Lee and Brock Pierce will be joining the Bitcoin Foundation’s existing five board members.

Bobby Lee is the co-founder and CEO of BTC China which happens to be China’s first Bitcoin exchange. He is an outspoken advocate of Bitcoin as was seen when he called Bitcoin a “wild ride” and mentioned to RT,

“So that’s what’s amazing about bitcoin, it’s truly a global phenomenon, very resilient and the reason it is resilient is because many people want to buy into it. Whenever the price dips, we see people sitting on the sidelines eager to buy.”

However, since there is a PBOC crackdown going on in China regarding Bitcoin, it will be interesting to see how Bobby Lee can contribute to the Bitcoin sphere.

Brock Pierce is the co-founder of ExpressCoin, KnCMiner.cn, Robocoin Asia, and GoCoin. According to the Bitcoin Foundation, Brock Pierce

“has raised more than $200 million on behalf of his companies and led more than 30 acquisitions in his career.”

With these two new board members, the Bitcoin Foundation elections have ended. The seats of former Bitinstant CEO Charlie Shrem, and MtGox CEO Mark Karpeles have finally been filled.