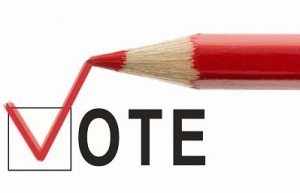 After former Bitinstant CEO Charlie Shrem and MtGox’s CEO Mark Karpeles resigned from the Bitcoin Foundation, an election was held to fill in the vacant seats. The voting for the open industry board seats ended on April 30th at 11:59 EDT.

According to Bitcoin Foundation, there was no outright winner. For a candidate to win a position, they must receive at least 52 votes as per the rules of the Foundation. Due to the fact that no one got 52 votes, there will be another round of voting.

Out of the 15 candidates, no one received the necessary amount of votes to be elected. Brian Goss, the head of the voting committee, stated:

“Since there is no candidate with 52 or more votes, we will have a run off of the top 3 candidates. Details on the timing of the run off will be announced early next week.”

Even though no candidate was elected, there was a good turnout for the election. Almost 75% of Bitcoin Foundation industry members voted. These were the results of the voting:

This means that the second round of voting will be between BTC China’s CEO Bobby Lee, Venture Capitalist investor Brock Pierce, and Gyft co-founder and CEO Vinny Lingham. There are two positions available which means that one of the top three will not be chosen for the vacant seat. It will be interesting to see who takes up the spots on the Bitcoin Foundation and how they will help Bitcoin progress to higher levels of success.