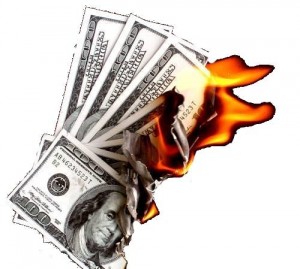 When MtGox filed for bankruptcy protection, it cited that it had lost a total of 850,000 bitcoins. Jed McCaleb, the original founder of the failed Bitcoin exchange told Arstechnica that he had lost $50,000 when the exchange fell apart. MtGox had allowed users to hold both US dollars and bitcoins on their site.

McCaleb sold MtGox to Mark Karpeles back in 2011 so that he could “focus on other things.” After the company was sold, McCaleb stopped his involvement with MtGox. However, McCaleb is said to have had a 12% stake in the company, according to a leaked document.

On the topic of selling MtGox, Jed McCaleb explained,

“I met [Karpeles] I think on bitcointalk.org. The Bitcoin community was very small at that time and I asked him to do some software development for me. He did that task and I was looking for someone else to run Mt. Gox so I could focus on other things. We discussed the possibility of him buying Mt. Gox from me and I ended up selling it to him in 2011.”

Jed McCaleb initially created MtGox in 2010, but moved on to other projects after selling the company to Mark Karpeles. The other projects included the Ripple protocol, and a “secret Bitcoin project.”

Even though McCaleb’s relationship with MtGox is limited to the aforementioned 12% stake, he has been trying to assist Sunlot Holdings in buying MtGox. Sunlot Holdings wishes to buy the failed Bitcoin exchange for one (1) Bitcoin. Currently, MtGox is under the control of a bankruptcy trustee after being approved by a Tokyo Court District. The trustee will decide when and  how the liquidation will occur. McCaleb said,

“Just prior to that, I was in the process of being dismissed from the Mt. Gox lawsuits because I have not had any involvement with Mt. Gox other than as a minority shareholder since early 2011 when I sold it to Mark Karpeles, whom I have never even met in person.”

McCaleb also said that Mark Karpeles had rewritten the MtGox codebase back in 2011 after the sale was completed. He said,

“It is my understanding that Mark also rewrote the entire codebase sometime in 2011 shortly after the sale and none of my code remained in use. Aside from the sale, I have never received any distributions or profits from Mark.”

Jed McCaleb wanted MtGox to be a place where the Bitcoin community could gather. However, not all dreams work out the way we want them to. As such, even though McCaleb’s MtGox dream has failed, he said that he will try to help the community find the truth it deserves,

“Ultimately, with so many new positive projects being launched every day, Bitcoin will be able to show the world that we will not only recover, but grow stronger.”