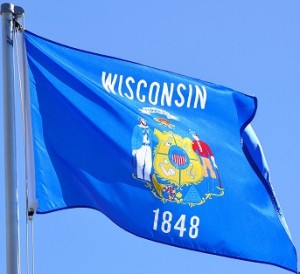 Regulators in the state Wisconsin are the latest to have issued a warning to residents of the dangers of transacting in Bitcoin.

The Wisconsin Department of Financial Institutions Consumers said that those considering investing in digital currencies could potentially be breaking the law. Bitcoin’s volatility and risk of coin’s being stolen off of third party institutions preempted the warnings.

Regulators in other states and other countries have been cautioning people of bitcoin’s use for months now. Tales of bitcoin’s dangers have echoes throughout Russia, Hungary, China, Japan and the US.

In addition, the Wisconsin regulators claim each investor is at the mercy of their own security. Wisconsin is alluding to bitcoin exchanges and other financial institutions being compromised, causing thousands of bitcoin’s to be stolen.

As regulators all across the world warn people about the potential risks of bitcoin, one has to wonder why we aren’t warned of the obvious risks in using fiat currencies.

In addition to the state of Wisconsin, Missouri’s state secretary Jason Kander warned of past experiences that have affected the bitcoin market, such as hacks and money laundering activities. He stated:

“With digital currency or any other emerging investment opportunity, the safest approach is to be cautious. It’s important to recognize that in many cases not even the supposed Bitcoin and digital currency experts know enough about the product to help you make a fully informed investment decision. It’s best to rely on only the most reputable sources of information and do your own due diligence before investing in potentially risky products.”

He declared the benefits of bitcoin as being instant, but not long standing. But rather than looking at bitcoin as a short term solution, Kander may discover that the digital currency can be truly utilize and revolutionize the way finances are conducted not only in the US, but across the globe.