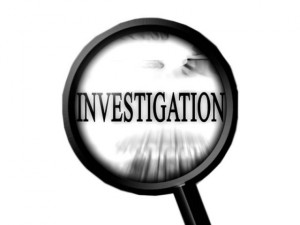 American authorities have begun a new investigation into Bitcoin related businesses, such as exchanges, to determine if they have or had links to former online drug market, Silk Road. This analysis serves as a way to paint Bitcoin in a negative light for any association with the closed drug market, whereas the dollar is not receiving any attention for all the crimes people have done using it.

A person familiar with the issue said the investigation has just started, according to the WSJ.  Any concise results pertaining to whether the Bitcoin exchanges had any ties to Silk Road have not been reached yet.

Since this winter, many different Bitcoin exchanges have gotten subpoenas from Manhattan federal prosecutors. This includes Mt. Gox, a Tokyo-based Bitcoin exchange, which fell from glory a few months ago. WSJ says that it wasn’t made clear as to which other Bitcoin companies received subpoenas.

Mt. Gox’s subpoenas ordered the Bitcoin exchange to hand over customer-transaction history and anything related to investors’ solicitation. According to those familiar with the investigation, FBI agents and prosecutors are looking deeper into the matter, and are trying to determine if Mt. Gox and other exchanges have dealt with Silk Road.

Back in March, Mt. Gox filed for bankruptcy protection saying that  it lost 850,000 bitcoins in which 100,000 were its own. It blamed its downfall on Bitcoin’s protocol and the transaction malleability issue. Withdrawals were halted in the start of February, and the exchange cited a “technical glitch” as the problem. Mt. Gox was unable to fix the glitch and soon transactions were halted. After filing for bankruptcy protection, Mt. Gox “found” 200,000 bitcoins in an old wallet.

As of now, Mt. Gox creditors have been given the preliminary ok to revive the fallen Bitcoin exchange. By doing so, users will be able to salvage some of their money. However, by probing Bitcoin exchanges to examine if a link exists between them and shut down drug market Silk Road, Bitcoin has been further tainted.