From yesterday’s low of around $340, Bitcoin’s price has rebounded to over $425 today. This occurred after news that the governor of the People’s Bank of China, Zhou Xiaochuan, issued statements that made it clear that the bank is not banning Bitcoin.

During Boao Forum, Xiaochuan commented that China is not planning on banning Bitcoin. Boao Forum is a conference in which attendees hope to address and solve economic issues in Asia. They also try to figure out ways in order to find the best solutions to problems. According to reports, the governor said,

In addition to this, Xiaochuan suggested an interesting approach for classifying Bitcoin. The governor of PBOC said,

What this will mean for Bitcoin in not only China but also to the rest of the world, only time will tell. 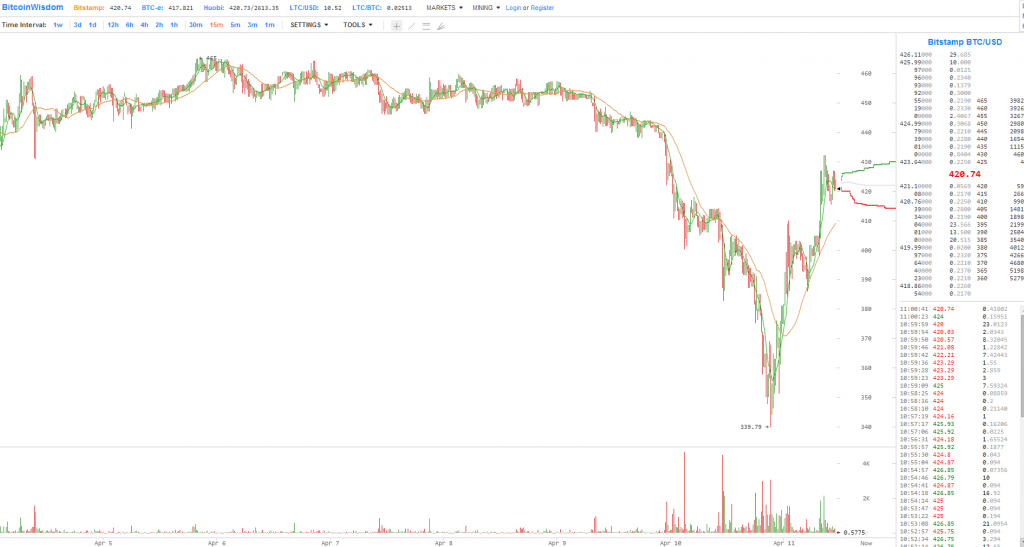 As a result of Xiaochuan’s welcoming announcement, the price of Bitcoin has rebounded to over $420 from a low of $340 yesterday. This signifies that China has a huge role in the value of Bitcoin. At this point, the PBOC’s governor has said that the bank is not planning on banning Bitcoin.

Due to the fact that the Bitcoin’s price increased as a result of this statement, it demonstrates that China is a big player in the Bitcoin sphere. It would seem that when it comes to China, Bitcoin’s price can be manipulated by simply on rumors of banning Bitcoin or, on the flip side, by showing more support for it.

In the past, Bitcoin’s price fell because of the warning made by the China’s central bank. Just recently, Bitcoin’s value decreased because banks in China have started sending notices to Bitcoin exchanges telling them to shut down their accounts. This caused the public to panic since it seemed as if China was banning Bitcoin.

However, this is not the case, and the PBOC governor’s statement today makes this clear.