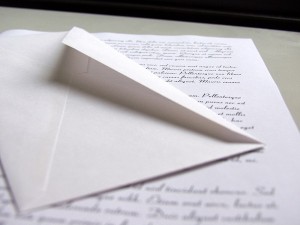 In an open letter, BTC China, a popular Chinese Bitcoin exchange, wrote that it has not received any official notice from the PBOC. Many media sources have been speculating on the rumor that the PBOC will be striking down on Bitcoin come April 15th. However, BTC China writes,

“We’ve been tracking this issue. Whether it is local banks, Beijing’s central bank level, media channels and industry peers, we are paying close attention and keeping in contact. If we have any updates, we will immediately inform you.”

BTC China told CoinDesk that people are actually not afraid of the Central Bank’s notice, but of what the future for Bitcoin entails. The digital currency exchange said,

At this point it seems that we are all waiting for an official notice from the PBOC to once and for all clarify the confusion behind the rumors. Bobby Lee, the CEO of BTC China said,

“What we’re hearing is that banks will disallow us from using commercial bank accounts to store customer deposits, what’s not clear to us yet is whether the business of running a bitcoin exchange will be classed as legal or not.”

If this is made clearer by the PBOC, it will allow for better understanding on Bitcoin’s stance in China.

Another popular Bitcoin exchange in China, Huobi, made an announcement that due to the rumors of the PBOC warning, it is halting voucher deposit services. In addition to this, the digital currency exchange does not know if its four third-party payment processes will be closing trading accounts.

BTC-38, a smaller Chinese digital currency exchange, announced that it would be suspending its services due to the PBOC warning. The exchange wrote that it would suspend Renminbi recharging services, but the withdrawal of Renminbi and virtual currencies would remain normal. This means that trading with digital currency will be fine, but users can not convert their digital coins to cash.

When the PBOC finally makes an official statement regarding the rumors, it will allow the Bitcoin community to figure out what the next course of action for the digital currency will be.

For more further development on this story, stay tuned to CoinReport.