The PBOC Orders Closing of Bitcoin Trading Accounts in China

Amid many rumors of a Bitcoin ban in China, the Chinese central bank has sent out notice to the Chinese Bitcoin exchanges, and it is not in the favor of the digital currency. China’s central bank, the PBOC, has just ordered payment companies and commercial banks to shut down Bitcoin trading accounts within two weeks.

Effect of the PBOC Notice

As a result of the PBOC notice, BTC38, a China-based Bitcoin exchange said to its users that its services will be suspended. This confirms the rumors and the confusion around the Bitcoin ban in China to be true.

BTC38 wrote in a statement,

This basically means that trading in digital currencies will be allowed in the exchange, but there will not be any cash to digital currency conversions.

BTC38 has said that its assets were not affected by the PBOC notice. In fact, it claims to have over 100% of its users’ reserves. However, whether this is the truth or not remains a mystery. Besides this, the Chinese Bitcoin exchange was unable to give any further details. In its statement, BTC38 said that it had no further comments.

The Chinese Bitcoin exchange concluded its announcement by asking the Bitcoin community to join together and figure out a solution. BTC38 said that the confusion behind Bitcoin lately “hurt the industry” and called everyone to “resist chaos.” 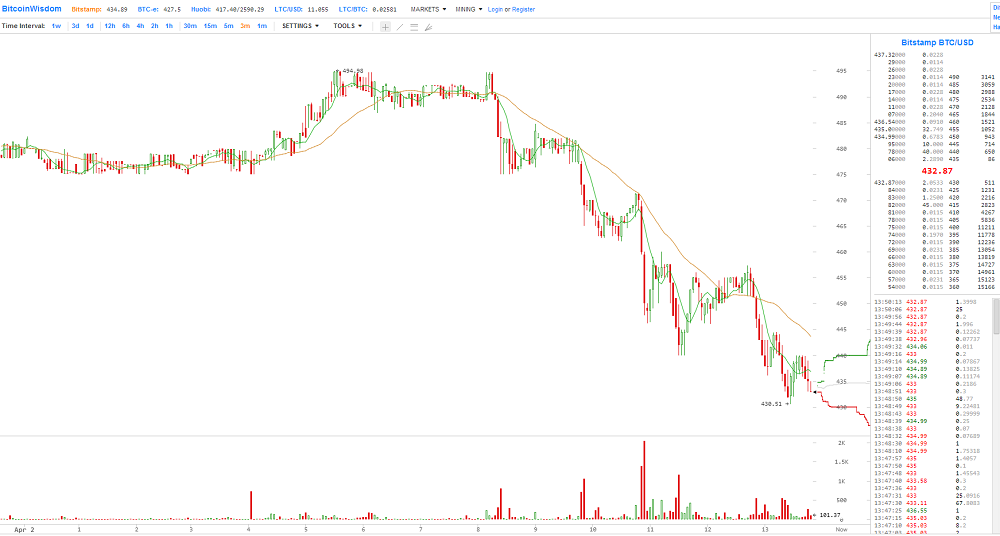 As a result of the PBOC notice to the Chinese Bitcoin exchanges, Bitcoin’s price dropped to $432. China is a huge player for Bitcoin and since the Chinese central bank has decided to impose stricter procedures on Bitcoin, it has caused the digital currency to decrease in price. Having increased regulation is an impediment for Bitcoin’s growth and value.

One might assume that the reason behind the Chinese central bank’s decision is that they see Bitcoin as a threat to their monetary system.

The future for Bitcoin seems uncertain in China, however, as long as people still have a demand for the digital currency, it will continue to grow against all odds.

CoinReport is following further developments of this story and will post any new updates.

Story updated: PBOC has not yet made any official announcements. Reports suggest that the Chinese exchanges are receiving notices from the PBOC. More on this story will be posted as it develops.