Popular Chinese Bitcoin exchange Huobi made an announcement on its website that it will be halting voucher deposit services. This is due to the recent warning that the People’s Bank of China (PBOC) made regarding Bitcoin. The Bank is aiming to further limit Bitcoin businesses in China.

In addition to writing that voucher deposit services will be halted, Huobi reports that it hasn’t gotten any word from its third-party payment processes on whether they will be closing trading accounts. Huobi works with third-party processors ICBC, ABC, CCB, and CMB.

The People’s Bank of China supposedly sent out notices ordering payment companies and commercial banks to close Bitcoin trading accounts within two weeks. This has created a flurry of responses and concern from the web and people in China.

In fact, as a result of the central bank’s announcement, Bitcoin’s price dropped to as low as nearly $416 yesterday on Bitstamp exchange. 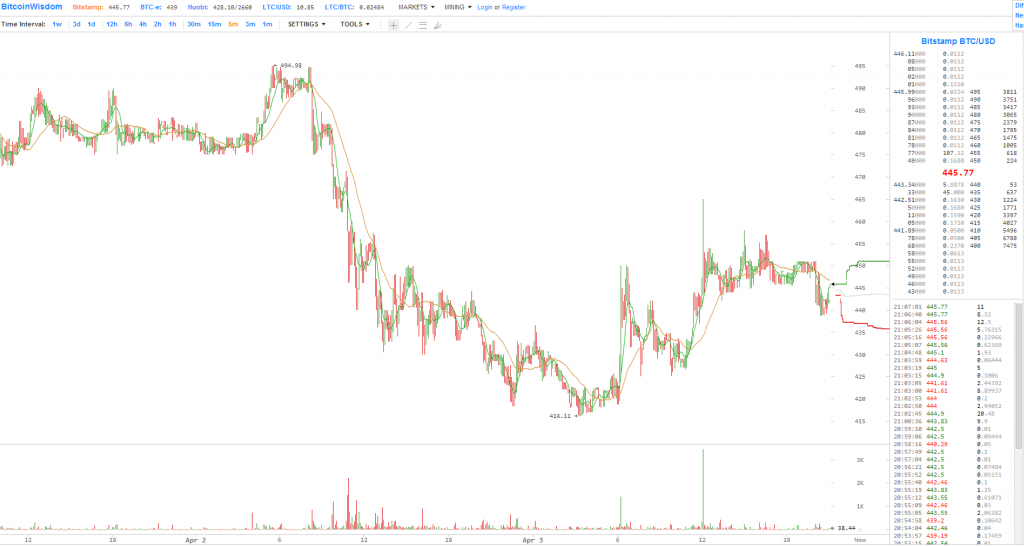 A smaller Bitcoin exchange in China by the name of BTC38 made an announcement that its services will be suspended. BTC38 wrote,

This means that trading with virtual currencies will be allowed, however there cannot be any cash to digital currency conversions.

Even though BTC38 has to suspend its services, the exchange claims that it has over 100% of its users’ reserves. This implies that its assets were not affected by the People’s Bank of China. However, whether this is really the case is not known at this time.

The future seems glum for Bitcoin in China. However, this may not mean the end for digital currencies in China. In the past, China placed restrictions on Bitcoin, but the digital currency overcame the barriers.

CoinReport is following further developments of this story and will post any new updates.